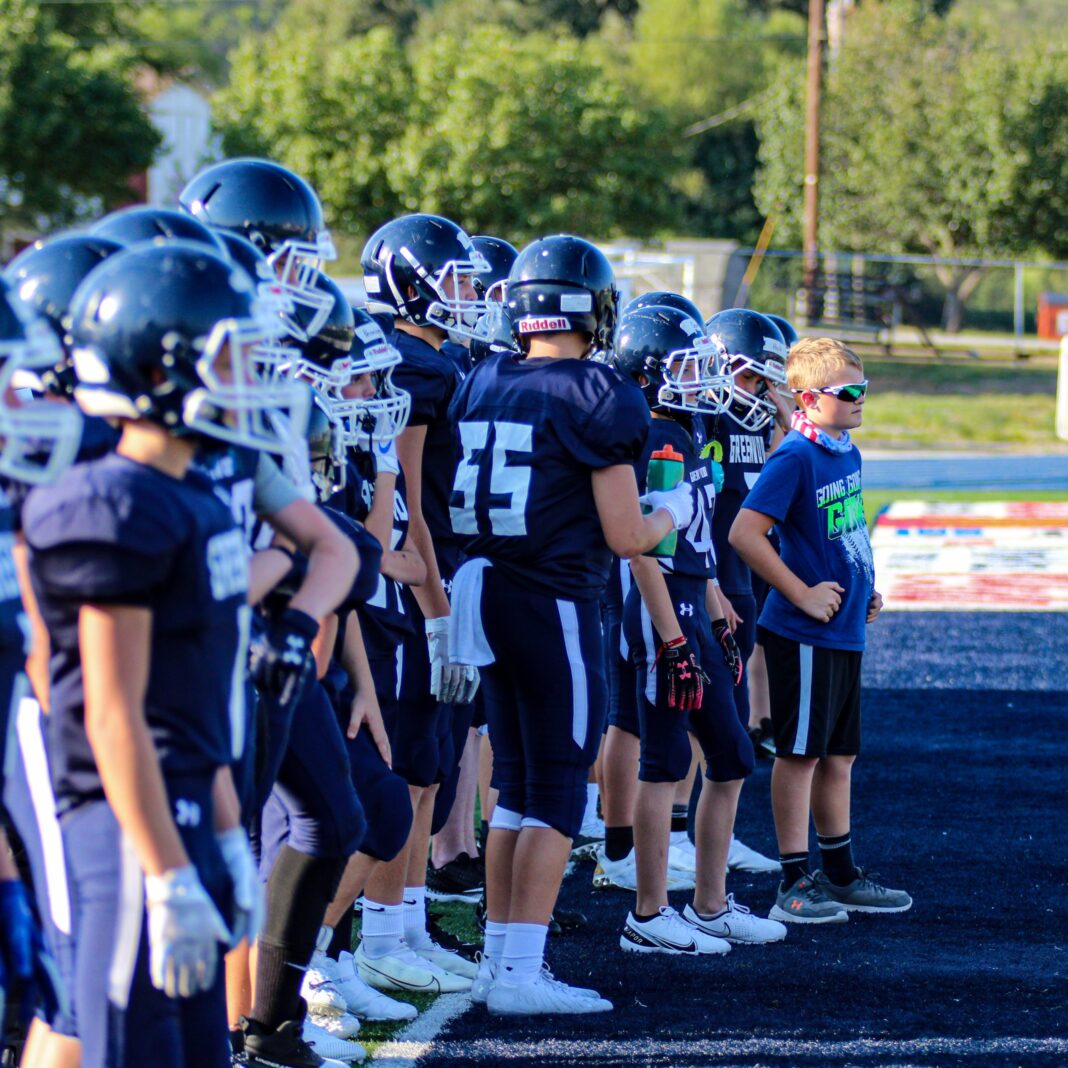 After a tough loss against Shiloh Christian, the seventh grade Bulldogs found their footing and win against Kimmons 26-16.

It had been August 26 since the 7th grade Bulldogs had taken the field and they showed no signs of rust as they got after the Kimmons Red Raiders this past Tuesday. The Bulldog defense had Kimmons stopped on a 4th and 2 on the first drive, a few missed tackles had Kimmons’ QB run 59 yards for the first TD of the game. A two point conversion would be good, putting the score at 8-0. Ty Holt would take the ensuing kickoff across the midfield stripe and the Dogs would start from the Kimmons 41 yard line. Holt would find Braden Brewer three times on the ensuing drive to get the Dogs within striking distance of the end zone. A 25 yard run by Rhett Holloway would be negated by a holding penalty, but the Bulldogs responded. Holloway would get the call and scamper 14 yards for the the TD. A two point conversion from Holt to Brewer would be good for two, tying the score 8-8.

A fumble by Kimmons on the snap would be recovered by Jacob Berry, this would get the offense back on the field at the 50 yard line. Rhett Holloway would get the drive started with a 14 yard run. Two plays later, Ty Holt would keep it around the right side escaping attempted tackles for a 31 yard TD run. The two point conversion would fail, and the quarter ended 14-8, Dogs on top.

Kimmons would get a good drive going getting down to the Greenwood 24. A Bailey Thibodeaux interception on the the 12 yard line would put a stop to the driving Red Raiders. Several good runs by Holt and Holloway would get the offense down to the Kimmons 37. A 28 yard pass as time expired from Holt to Brewer would get the Dogs down the Kimmons 9 yard line. Halftime score 14-8.

A short kick by Kimmons to start the 2nd half had the Bulldogs starting at their own 38. A couple runs by Ty Holt and Rhett Holloway would once again get them in scoring position. Getting down to the 21 yard line, a false start penalty would push the Bulldogs back to the 26. The next play Holt would find Braden Rennick again on the drive, this one for 26 yards to put the Dogs ahead 26-8. The two-point conversion would be no good. The Red Raider offense would stall out on their own 25. On 4th down, Kimmons would go for it. A fumbled snap was scooped up and tossed to Jayden Thomas, who gets through the Greenwood defense and his own offense for the 75 yard TD. The two point conversion is good with the score 20-16.

A Bailey Thibodeaux kickoff return would get the Bulldogs down to the Kimmons 29 yard line. A 20 yard run by Ty Holt would be canceled out by a holding call, putting the Dogs at the 40 yard line. A short run by Holloway set up a big gain through the air as Holt would find Rennick again, this time for 31 yards. Holt would take it in from 6 yards out giving Greenwood a 26-16 lead. The next drive Kimmons would not be as lucky as they faced 4th and 32 at their own 22. A run to the right would be stopped at the 20 yard line. Greenwood’s drive would stall at the Kimmons 25 giving the ball back to the Red Raiders.

Jace Brown would break up the pass on first down, but a 25 yard Kimmons run would give them momentum on the drive. A fumbled snap on on 2nd down would result in a Jacob Berry sack, leaving the Raiders facing 3rd and 15. Another fumbled snap was scooped up by Kimmons and almost became a wild play again, but was stopped by the Greenwood defense. With time ticking away, a swing pass to the left became a big gain with Jax Sharum pushing the Kimmons receiver out of bounds with one second left on the clock. Kimmons would attempt a hook and ladder on the play, but threw the ball forward twice, ending regulation play. Dogs on top 26-16.

The game would then go into a 5th quarter to get some more field time for Kimmons and Greenwood. There was not a score kept for the quarter and it was under a 15 minute running clock. Jace Brown and Kyler Scott would both find the end zone in the 5th, with Brown getting 2 TD’s.

7th Grade will be in action against Darby on Tuesday, games start at 5:30.