A Tale of Two Halves 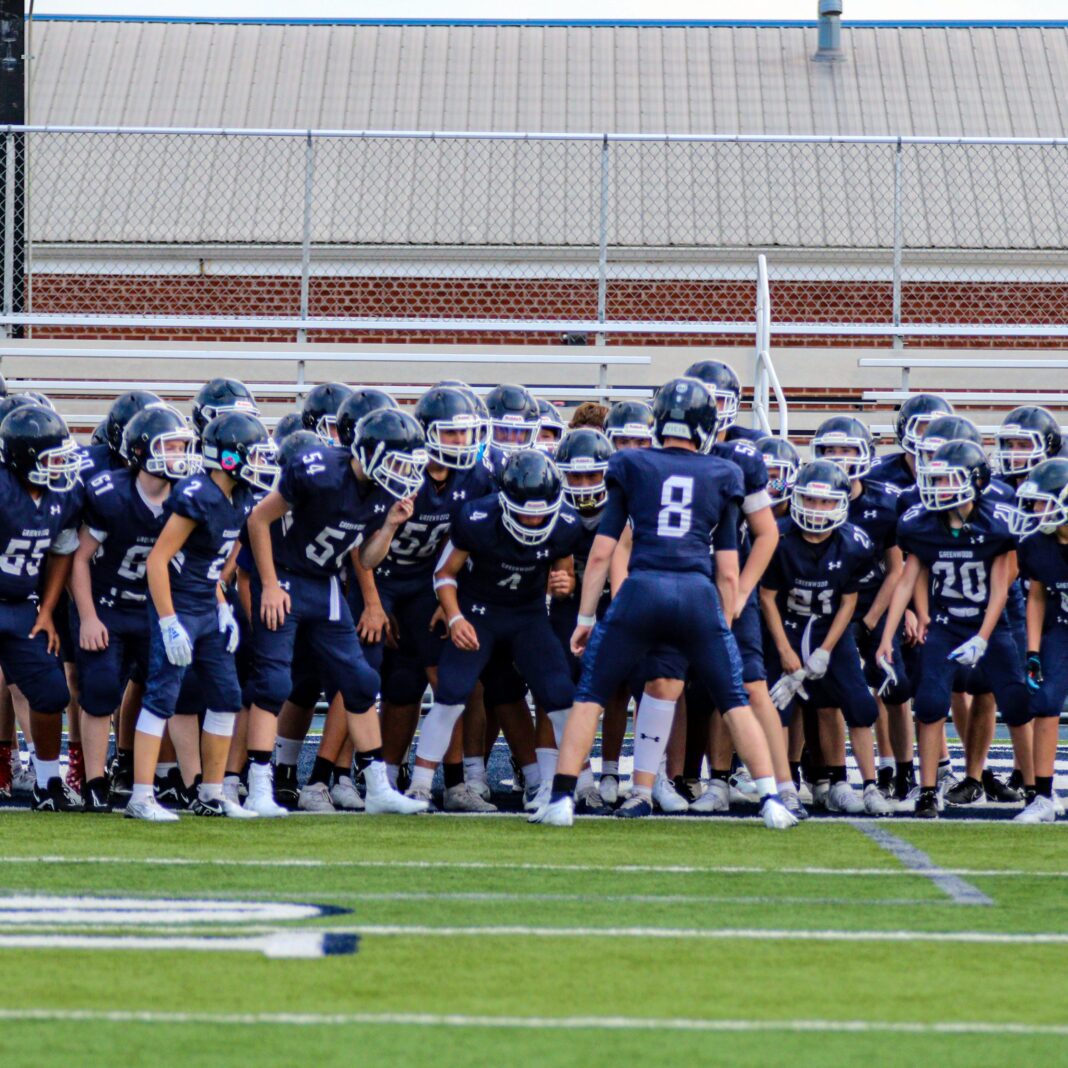 The home opener for the 8th Grade Bulldogs was a tale of two halves. The first half saw the Russellville Whirlwinds keep the ball on offense for most of the 1st quarter. A stop on 4th and 11 by Boaz Channer gave the Dogs the ball on their own 20 with less than a minute in the first. Drive would stall out with Greenwood punting away. On the ensuing play, Russellville would find the endzone for the only touchdown of the first half. The Whirlwinds would attempt an onside but would touch the ball before going the 10 yards, giving the Bulldogs the ball on the Russellville 44.

Russellville would get the ball back, but a fumble and recovery by Wesley Raggio, would send the Jackson Overton led Bulldogs back out with 2:21 left in the 2nd. A 26-yard pass to Raggio would put the Dogs down on the 22-yard line within striking distance of the end zone. An Overton TD pass to Andrew Burton would be negated by a block in the back penalty. The drive would stop on 4th and 20 with the Whirlwinds getting the ball back on the 50-yard line. Russellville would spike the ball with 8 seconds left and attempt a pass with Lawyer Thornsberry defending. A delay of game penalty left one second on the clock with Russellville taking a knee to take it to half. Score 7-0.

Russellville would come out in the second half and kick low to Easton Carter, who would fall on the ball at the 43-yard line. Kane Archer would come out the 2nd half to get the offense going with a strike to Andrew Burton and then a scramble. A loss on the next play had the Dogs facing a 3rd and 15 with Archer finding Burton again for a first down. After another pass to Burton, Archer would find Brayden Shepard for a TD. On the two-point conversion, Benton Hossley would snag the pass from Archer, making the score 8-7.

Russellville would take over and connect on a deep pass to be brought back by a holding call. Another holding call on 3rd down would bring out the Russellville punt team and a delay of game penalty. A bad snap caused the Whirlwind punter to mistakenly take a knee giving Greenwood the ball on the 14-yard line. Hossely would get a pass and fight for extra yardage down to the 6-yard line. A run by Raggio would make it good for 6 points, an unsuccessful two-point conversion would leave the score 14-7 with 53 seconds left in the 3rd Quarter.

Russellville ran one play and ended the 3rd quarter on the 43-yard line. A wild tipped pass on 2nd down was snagged by a Whirlwinds player with the point after good to tie the game 14-14 with 5:24 left. Brayden Shepard takes a pass from Archer 58 yards down to the Russellville 6 yard line. Raggio would punch it in on the next play, with Andrew Burton getting the two-point pass to push the score to 22-14. The Whirlwinds would get some big runs to get them down to the Greenwood 43. On 4th and 8, Safety Lawyer Thornsberry would come up big with an interception starting the drive on Russellville 30. Kane Archer would take the read-option 70 yards for a TD with 48 seconds left. Archer would float up to a leaping Benton Hossely to put the score at 30-14.

On the ensuing kickoff, Blaze McDaniel would meet the Russellville returner on the 37. Reis Denson would record the last tackle of the game on a short Russellville pass.