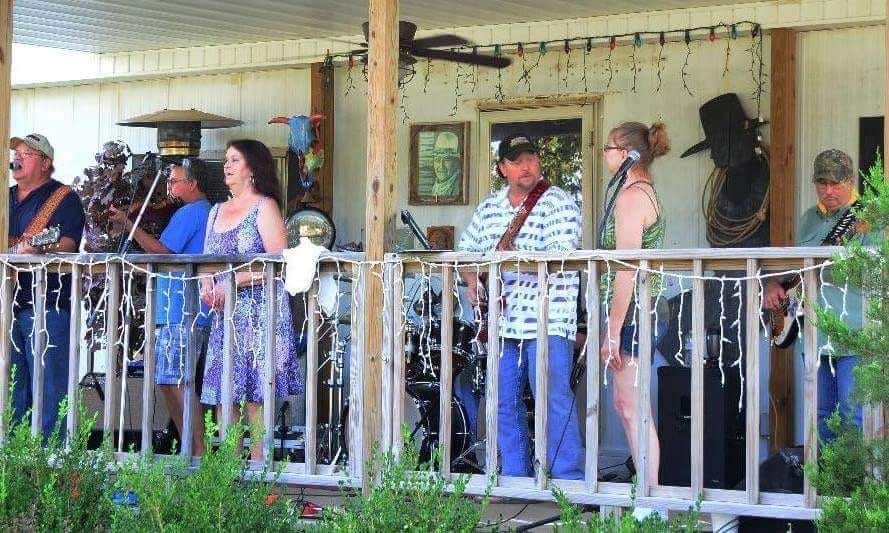 The tradition sadly faded shortly before Leon passed away. Then in 2011, the Richmond family decided it was time to bring it back. Leon’s wife,

“We now have it set up as a fish fry and potluck.  We ask people to bring a dish only if they can, or want to,” said Danny’s wife, Dawn. “We provide all the meat,  including fish, chicken tenders, pork tenderloin or brisket. People usually bring whatever side dish or dessert they want to pass or share with everyone.  We provide plates and silverware. We have tables and chairs set up across the lawn, and some bring their own.”

The tradition stems from Lanny’s love of music and Leon’s love of fishing. Two passions combined to form a community tradition. Consequently, the fish fry has been officially dubbed the “Leon and Lanny Labor Day Memorial Fish Fry.”

Sunday prior to Labor Day,” added Dawn Richmond. “This year it will be on Sunday,  September 1. We try to start around 1 p.m. and it runs until the last person leaves.  This allows people to attend church services and come out for lunch before heading back for the evening service.”

Folks of all ages is sure to enjoy the mix of country, blues, bluegrass and gospel music. Dawn Richmond added that everyone is welcome to come enjoy this front porch pickin’

Leon’s son, Danny, has continued to foster his uncle Lanny’s passion. He too, to play music. In fact, his parents purchased Danny his first guitar for him when he turned 15. Five years later, he became increasingly dedicated to his music.

He continues to play and sing whenever he gets the opportunity. Danny Richmond has also recorded several CD’s, and his family ties remain a experience and time in the mountains.

“Danny played in his Uncle Lanny Richmond’s band for years before leaving and starting a gospel band,” 1990’s. He also recorded two full length CD’s. His first was a gospel CD,  ‘Blessed’, and his most recent, which was released May 11, titled ‘Outlaw Like Me.’  It is traditional and red dirt country,

The Leon and Lanny Labor Day Memorial Fish Fry is rooted in family, music and food. The memory of both Leon and Lanny lives on through the lyrics and voices, the laughter and visitation. Young and old, generation to with this yearly gathering.

Tammy Teague
Tammy is the heart behind the brand. Her tenacity to curate authentic journalism, supported by a genuine heart is one her many wholesome qualities.
Share
Facebook
Twitter
Linkedin
Pinterest
WhatsApp
Latest news
Lifestyle