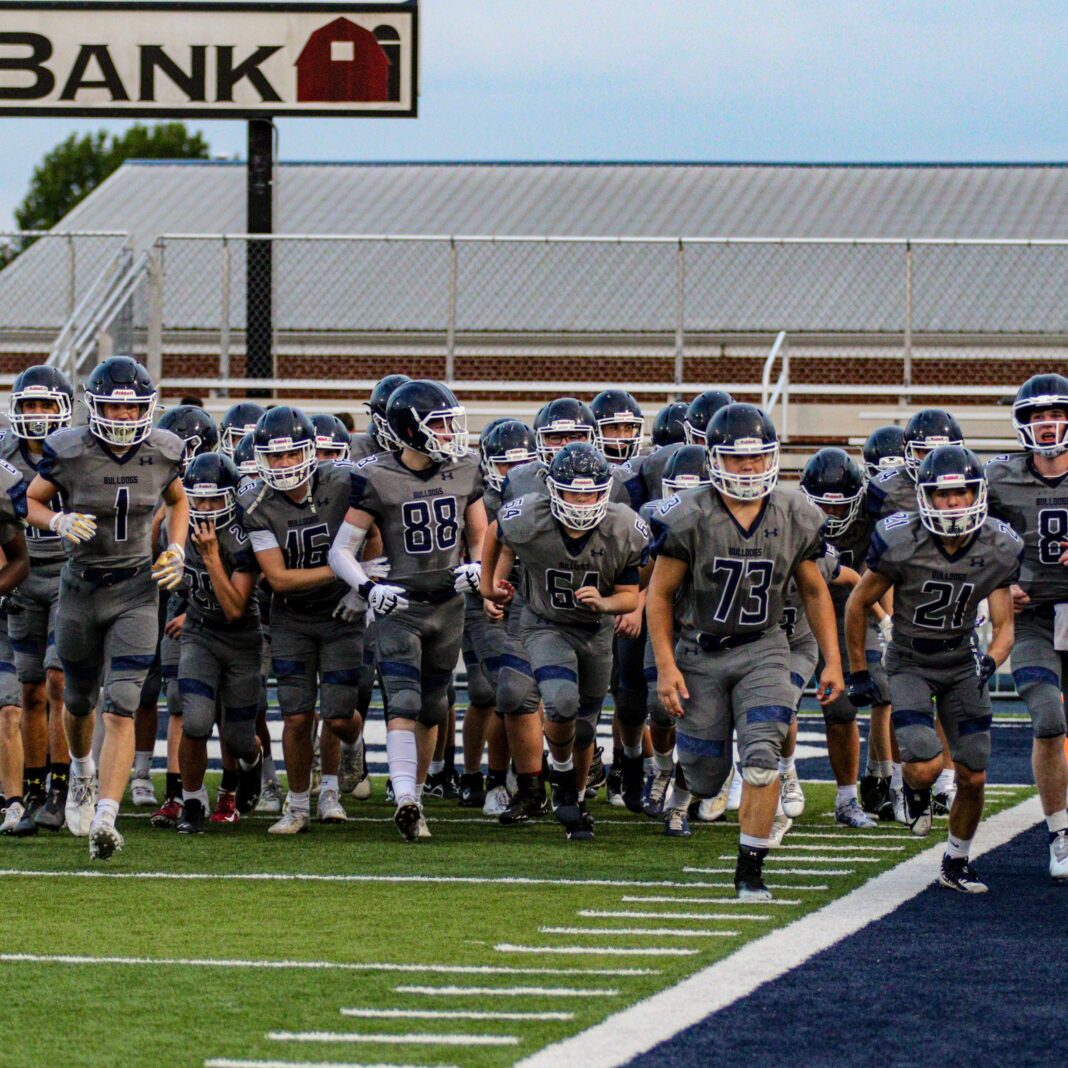 All it took was one half to see how dominant the Greenwood freshman squad was on Thursday night. As the halftime horn went off, the damage was done. The 9th-grade team had racked up a 42-0 lead. A defensive stop on the first Russellville drive would result in a punt with a 15-yard return by Daniel Burton. On the first offensive play, Kaylor Jasna would take the Kane Archer pitch 5 yards. On the very next play, Archer would find an open Daniel Burton for 44 yards and a Zak Edwards kick would put the score 7-0 with 5:19 left in the first.

Russellville’s next drive would end with a Cash Archer sack on 3rd down, another punt by the Whirlwinds saw Daniel Burton once again put the ball in perfect position on the Russellville 45. Jeremy Lawyer will take the handoff 11 yards for another first down. Next play Archer finds Burton again, extra point no good score 13-0.

Russellville’s next drive would be more productive but almost came to a halt with a near interception by Isiah Arrington. They would end the 1st quarter 13-0. Starting the 2nd quarter Cash Archer would read the swing pass perfectly taking the interception 69 yards to the end zone. Kane Archer would find Daniel Burton for the two-point conversion to bring the score 21-0. Russellville would take over again their own 15-yard line. Three plays later, a tipped pass and interception by Scott Holland goes into the end zone. The extra point was blocked by Russellville, Bulldogs up 27-0 with 5:58 in the 2nd quarter. On third down, Zak Zitsman would get an interception off of a dropped pass that hit the receiver’s foot and popped up. After a short pass from Kane Archer to Kaylor Jasna, Archer would find Isiah Arrington for a 49-yard touchdown, Arrington would also snag the two-point conversion putting the score 35-0.

Russellville would get deep into Greenwood territory, Jasna would have a big pass break up and then a huge hit that would result in a penalty. It would put the Whirlwinds at the 9-yard line. An incomplete pass on 4th down gave Greenwood the ball at the 9-yard line. Archer would take the snap and throw to Grant Karnes and to the end zone he went on a 91-yard pass, the Zak Edwards kick with nothing left on the clock, put the score at 42-0 at the half.

To start the 2nd half the Greenwood drive would stall and end with a Jasna punt. Two plays later Mark Garretson would pick up the Russellville fumble and rumble to the end zone for 6. The extra point was no good leaving the score 48-0 with just over two minutes left in the 3rd quarter. With the sportsmanship rule in effect, Russellville would get three plays until the end of the quarter. Russellville’s drive would sputter out and end on a punt. Kaylor Jasna would lead the Dogs back on the field. Samuel Burton will take the handoff 67 yards for a touchdown, the Edwards extra point is good with the score 55-0. On the next series, Greenwood would recover another fumble and then run out the clock.

The Freshman squad moves to 2-0 on the season their next action was to be against the Booneville Bearcats just like the 8th-grade team, Covid protocols have canceled that game. As of press time, another opponent had not been named for the September 9 date. They did pick up another game for their bye week on October 14 with the Little Rock Parkview Patriots. Times and location of the Parkview game have not been released as of yet. Just like the Bulldogs, the Patriots have also been putting up big numbers on their opponents.