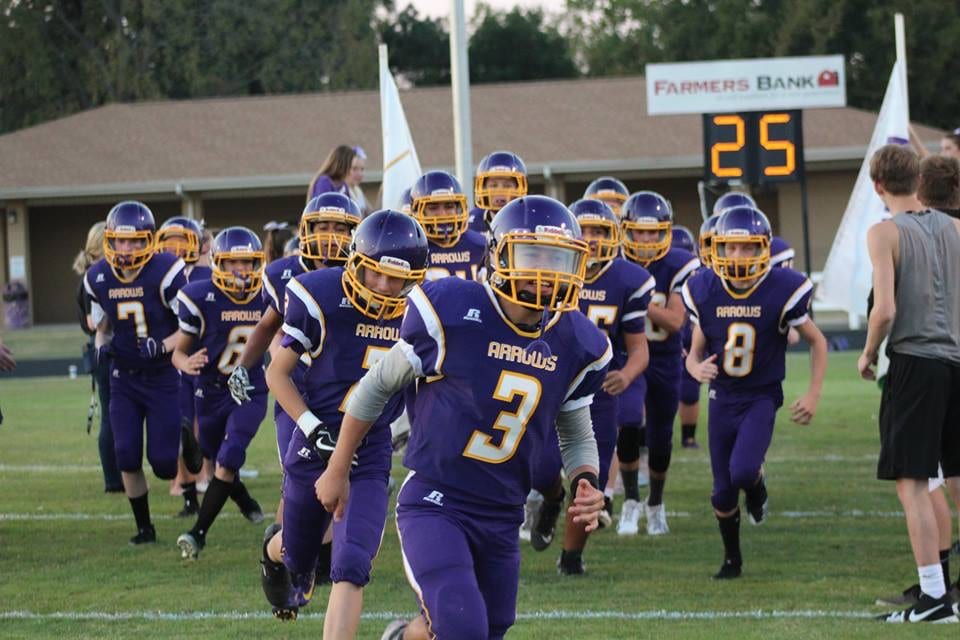 Pictures courtesy of Amanda Hall
Tough night for Junior Arrows
Both the 7th grade and the Junior high Arrows lost to JC Westside last night. However, both teams played well and showed a lot of guts. The 7th grade Arrows played a Rebel team that played both 7th and 8th graders because they didn’t have enough players from 7th grade. The Arrows gave up a lot of size in the game. Jimmy Barron (40) had a huge game. He had several strong carries and scored Lavaca’s only Touchdown. He also was strong on defense with several tackles and 2 interceptions.
The Junior Arrows got off to a slow start but Spencer Giles (20. and Cazen Winters (3) were able to get things moving late in the first quarter. Giles had two big runs and scored with just under 24 seconds left to bring the score to 6-8. This game was a back and forth slug fest from that point on..
Rebel’s scored on 45 yard pass and catch. Conversion no good 6-14. But then Mattocks Noel (1) had an interception and 20 yard return followed by a 40 yard TD run by Cazen Winters bring score to 12-14.

The second half started with a 48 yard run by Cazen Winters to set up 1st and goal, unfortunately, Lavaca fumbled the ball in backfield. The Rebels were able to capitalize after 60 yard TD run Rebel’s. Conversion no good. Lavaca trails 12-20.
The Arrows would not give up though. Cazen Winters (3) hit Jackson Floyd (8) for 85 yard TD pass conversion no good cutting the score to 18-20. Late in the 3rd quarter, hard running by Cazen Winters (3) set up a go ahead touchdown and the Arrows finally captured the lead. 26-20.

Westside scored twice in the 4th quarter to put the game away. But these Junior Arrows played a gutsy, and physical game. Showed a lot of heart and have no reason to hang their heads.
As Always,
Go Arrows!
Arrow Pride