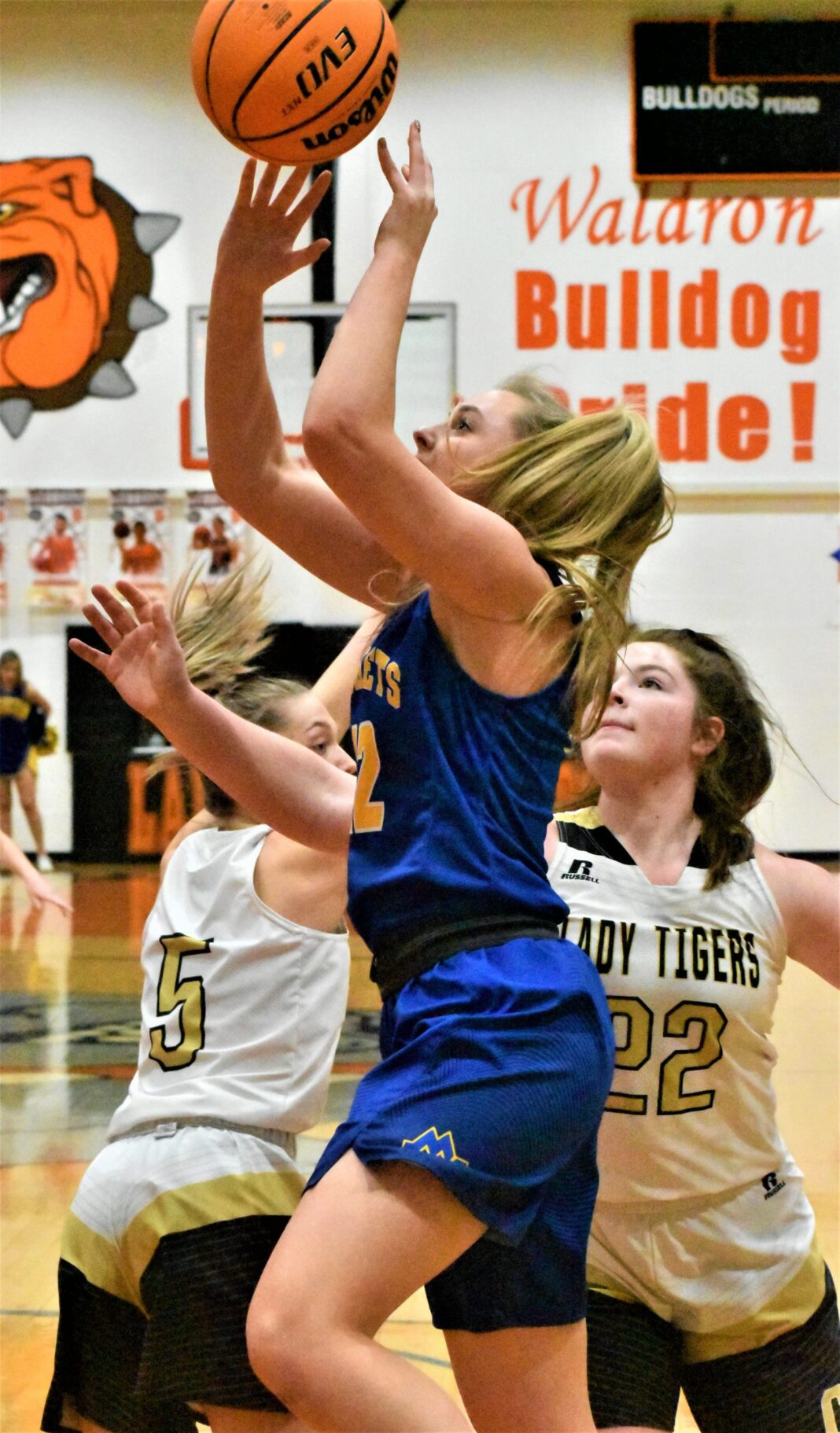 Update: Since the publication time of this article, Valley Springs has defeated Rose Bud in the second semifinal game to advance to Saturday’s championship game versus Mountain View. Charleston will play Rose Bud Saturday at 12 p.m. in the third place game and for a #3 seed in the state tournament.

The Mountain View Lady Jackets did something on Friday that no Charleston opponent has been able to do since December; that is to defeat the Lady Tigers. The Lady Jackets defeated Charleston in dominant fashion by defeating the Lady Tigers 44-24 in the Class 3A-1 regional tournament semifinal. Mountain View advances to the regional championship game and will face the winner of the second semifinal game between Valley Springs and Rose Bud. Charleston will play in the third place game on Saturday at 12 noon versus the loser of the Valley Springs / Rose Bud semifinal game.

Mountain View entered today’s game ranked number one in Class 3A by Max Preps. The Lady Jackets looked like the top team as they completely took apart Charleston’s ability to score. The Lady Tigers were unable to penetrate the middle that was heavily guarded by the big Mountain View low post players. Combined with a very poor shooting night for Charleston, both from the field and from the free throw line, and the result was a lopsided Mountain View victory.

In many respects, it was just a bad day for the Lady Tigers. Playing against the top team in the state, it was a bad day to have a bad day. Charleston uncharacteristically could not hit shots and could not contain the Lady Jackets on the offensive end of the floor with their normally devastating and swarming defense.

If Charleston was due for a bad day, today was the time to get it out of the way. From this point forward, each game becomes a must-win for the Lady Tigers. No one wants to have a poor shooting day like today in the state tournament. Every opponent in the tournament is good, and there is simply no room for a poor shooting performance.

It will be interesting to see how this team bounces back tomorrow against another quality opponent. The third place game is very important with respect to Charleston’s seeding in the tournament next week. It seems like forever since the Lady Tigers have played at home. In fact, Charleston has played a little more than two weeks in Waldron having ended the regular season there and playing in the district and regional tournaments there. I expect to see this outstanding group of Charleston seniors bounce back strong tomorrow, earn the third seed, and then return home to play on their home court and in front of their home fans. All of this could be huge for Charleston, but the Lady Tigers have to quickly forget today and focus on a very important game in less than 24 hours. The seasoning and experience of this team should help this team handle the challenge, and I expect Charleston to quickly put today’s game behind them tomorrow afternoon.

Resident Press will have more coverage on Sunday with the results of Saturday’s game and the final results of the regional tournament. RP will publish the qualifying teams from the other Class 3A regionals that have been played this week and that will be traveling to Charleston next week for the state tournament.

And, of course, Resident Press will bring all of the Class 3A championship action to you, all the way to the crowning of a new state champion in Hot Springs. Stay with Resident Press for the best coverage of Charleston basketball.