US hay stocks fall to lowest level since ’74; Arkansas hay production down in 2022 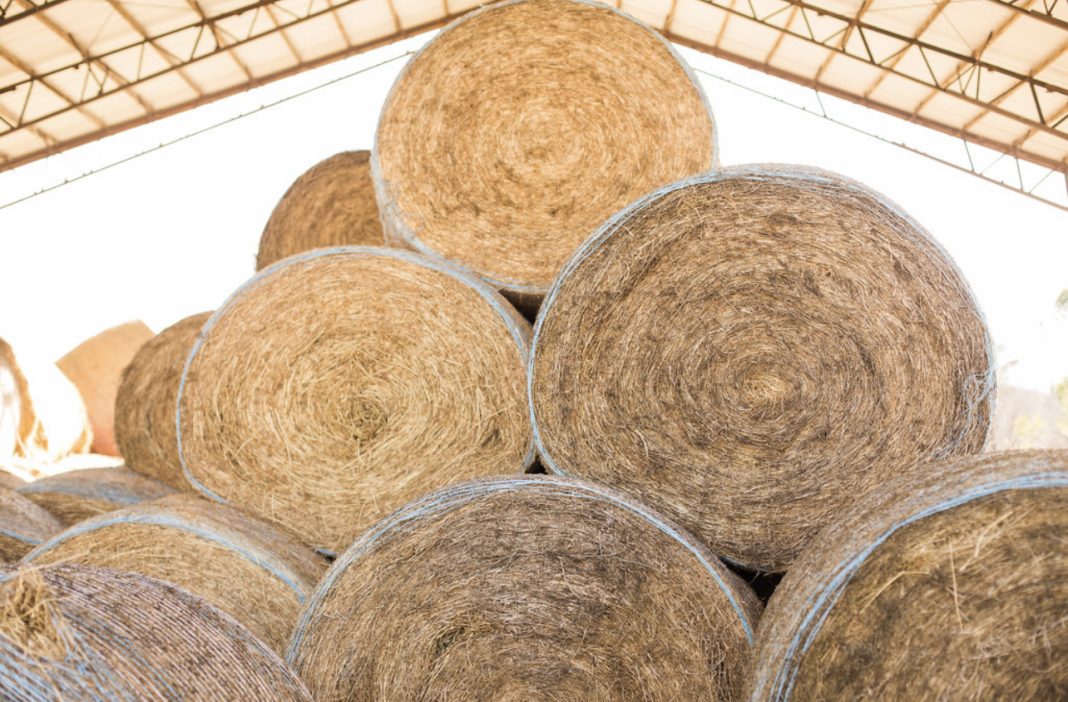 Drought and high fertilizer prices took a significant bite out of hay production across the U.S. Extension Economist James Mitchell expects farmers will pay more for hay in the current marketing year. (U of A System Division of Agriculture file photo by Lauren Husband)

By Mary Hightower
U of A System Division of Agriculture

High fertilizer prices and drought in 2022 handed hay production in the United States its biggest decline in 11 years with stocks at their lowest level since data collection began, according to the National Agricultural Statistics Service.

The stats were part of the Jan. 12 Crop Production Summary from NASS, which is part of the U.S. Department of Agriculture. The report includes information about all U.S. crops, their production, acreage, and yield. NASS places hay in two categories, alfalfa and “other hay,” the latter being relevant to the Southeastern U.S.

Drought and high fertilizer prices took a significant bite out of hay production across the U.S. Extension Economist James Mitchell expects farmers will pay more for hay in the current marketing year. (U of A System Division of Agriculture file photo by Lauren Husband)

According to the summary, May 1 hay stocks were tight, totaling 16.77 million tons or 7 percent lower year over year.

“May 1 stocks, combined with lower 2022 hay production, put hay supplies at the lowest level on record since the data began in 1974,” said James Mitchell, extension economist for the University of Arkansas System Division of Agriculture. “The previous record low in hay supplies was in 2021.”

Production declines
Nationwide, other hay production totaled 64.84 million tons in 2022, down 9 percent from the prior year, with Arkansas seeing a 16 percent decline. Texas, the nation’s largest hay-producing state, produced 6.15 million tons, a 40 percent decline compared to 2021.

“USDA’s estimate for Arkansas is much better than what I would have predicted last summer,” Mitchell said. Based on conversations with producers last year, he said “I was expecting a decline closer to 25 percent.

“Like other commodities, price comparisons are based on the marketing year,” he said. The hay marketing year begins in May and ends in April.

The Division of Agriculture is one of 20 entities within the University of Arkansas System. It has offices in all 75 counties in Arkansas and faculty on five system campuses.

The University of Arkansas System Division of Agriculture offers all its Extension and Research programs and services without regard to race, color, sex, gender identity, sexual orientation, national origin, religion, age, disability, marital or veteran status, genetic information, or any other legally protected status, and is an Affirmative Action/Equal Opportunity Employer.