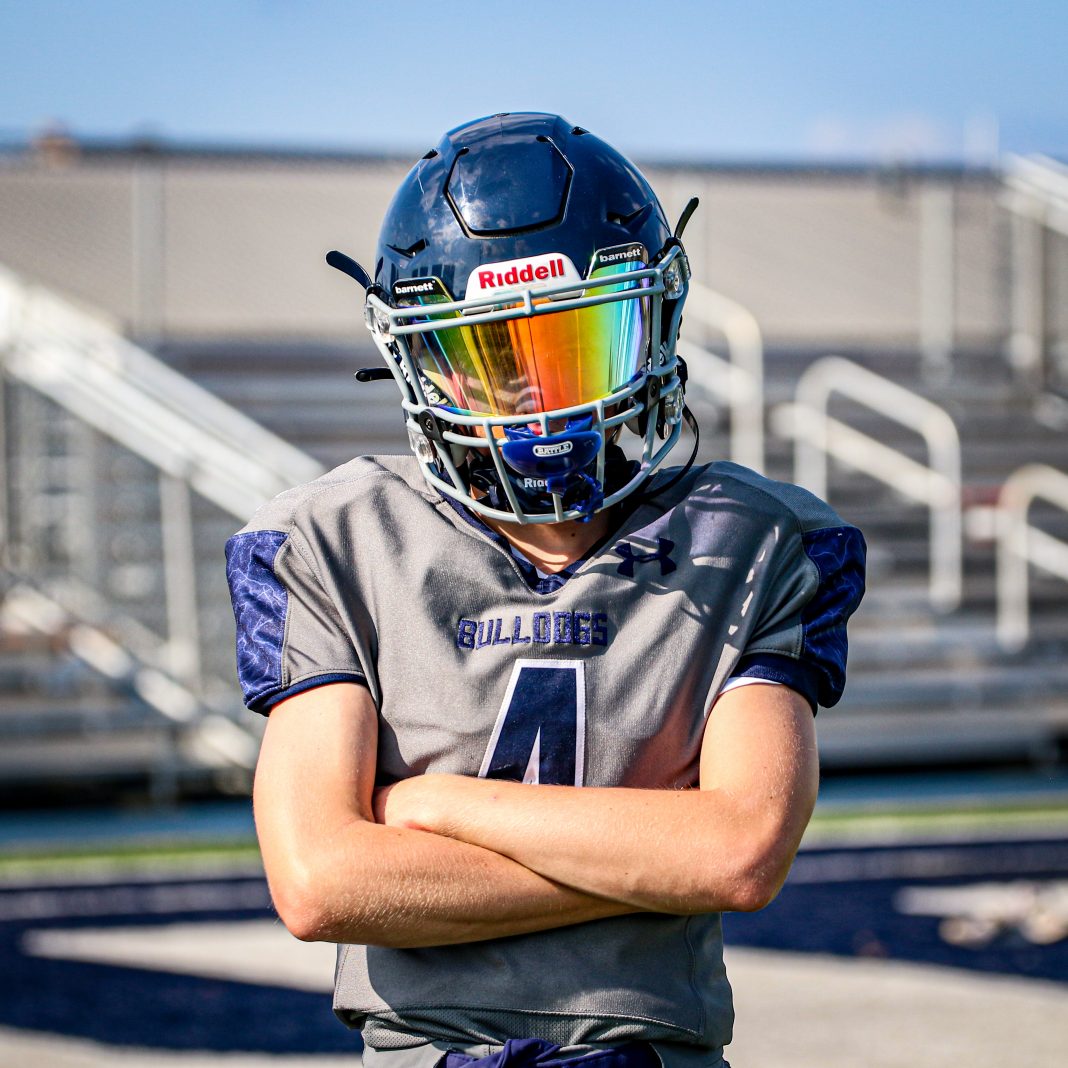 After several River Valley Conference Championships that included back-to-back undefeated seasons in 2020 and 2021, the 9th Grade Bulldogs are facing a “Tabula Rasa” or clean slate for the 2022 season.

Just as practices were beginning to ramp up for the 9th Grade they were suddenly without a Head Coach. Longtime Jr High Head Coach Shannon Rhea departed for Northwest Arkansas, leaving a void in the coaching staff. After a search and interview process former Greenwood standout Luke Hales was tabbed as the replacement. Coach Hales spent last year as the Offensive Coordinator for the Junior High. Another Greenwood Alumni was hired as well in Easton Barrett. Coach Barrett a 2018 Graduate, lead the Jr High team to a 10-0 record before going to Varsity playing alongside Hales and the newly signed Chicago Cubs pitcher Conner Noland.

Other changes in the Freshmen program include a new schedule, noticeably missing from the schedule are the Fort Smith schools. A decision was made in the off-season that would see the Fort Smith schools take a more 7A West Varsity-like schedule playing the Northwest Arkansas teams. In turn, Greenwood will be playing 6A West foes Siloam Springs and Van Buren with 5A West teams Shiloh Christian, Farmington, Harrison, Alma, Prairie Grove, Pea Ridge, and Dardenelle. The 9th Grade squad will also face Sallisaw in Week 1. The players are excited for the changes and the chance to play a team they have not played since their days with the Pittbulls program in the Black Diamonds from Sallisaw.

Looking towards the schedule there are several teams that stand out. Shiloh Christian has been a Powerhouse team from youth football to Varsity. Lead by QB Talan Williams, the tradition rich Saints will be a late season test for the Bulldogs. Farmington will be an early season test for the Bulldogs as the Cardinals are on a major upswing in roster numbers for their 9th grade team. Harrison in 7th grade almost came away with against the 2026 Bulldogs if not for a last second interception. The difference makers on that squad moved up to 9th grade in 2021 to help with numbers, and could be playing 9th Grade again this year. The Bulldogs will be looking to carry on the foundation of the classes before them.

While the changes in the Coaching staff and schedule will be seamless, the team returns virtually the same from their 8th Grade season. In the past two seasons they totaled two losses both coming from Fort Smith Darby. Quarterback Cooper Goodwin took a majority of the snaps in the spring practices and fall. Classmate Jett Burgess and 8th Grader Brayden Brewer split the rest. 9th Grade QB Kane Archer moved up to Varsity but took limited snaps with the 2026 class during the 8th grade as he helped the 9th grade team to an undefeated season. Wesley Raggio returns at the running back position after a solid 8th Grade season. Benton Hossley, Cooper Bland, and Lawyer Thornsberry lead a talented group of receivers that includes D.J. Dobbins, Malaki Efurd, and Blaze McDaniel.

The Offensive Line is anchored by five lineman that started for the 8th Grade team. Landon Billy, Brady Permenter, Akira Fujibayashi, Sully Shoppach and Sam Hicks. All 5 put in work over the summer attending the University of Arkansas Lineman Camp among other camps. Fujibayashi has garnered some interest from in-state schools and was named to the Prep Redzone 2026 Watch List. Also noticeable is the size of the line, which maybe one of the biggest for a Greenwood 9th Grade team.

Defensively the line sees Cody Johnson at one end with Easton Carter at the other. Easton can also see some time at the running back position, the Freshmen is the younger brother of former Greenwood receiver Peyton Carter. It will be Defensive Tackle by committee with Sam Hicks, Akira Fujibayashi and others. Linebacker will be centered around returners Caleb Cox and Jin Sayadeth, two players with an opposite style of attacking a football that accounted for several tackles per game during the 8th grade season. Sylas Geren will be utilized at several spots on the team from Offensive Line, Defensive End, and Linebacker. Others seeing time at the Linebacker spot will be Wesley Raggio, Boaz Channer, and Deacon Cameron.

At Defensive Back, the receivers mentioned will see time at the Cornerback and Safety positions. Blaze McDaniel will get the nod at the safety spot, with D.J. Dobbins and Malaki Eford at Corner. Benton Hossley, Lawyer Thornsberry, and Cooper Bland will be mixed as well.

The first glimpse fans will get to see of the 9th Grade Bulldogs will be Tuesday, August 16th when they travel to Fayetteville for the AAA Benefit Game at 5:30 pm. They will play before the Varsity Squad gets their opportunity to do the same at 7:00 P.M. Parking is limited due to construction allow yourself time to find a spot.