7th Grade Tigers Earn One For The Books 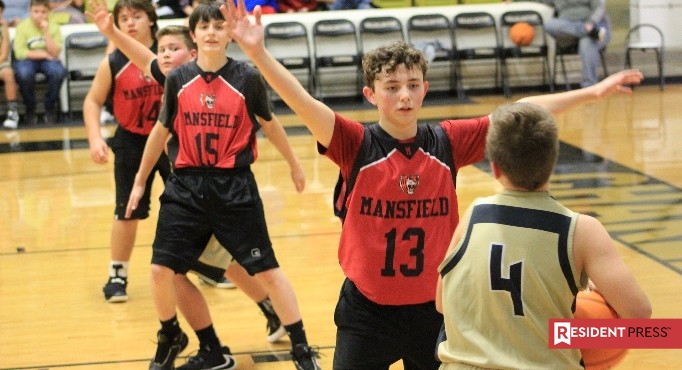 In their first conference game of the 2019 basketball season, the 7th Grade Tigers walked into Charleston ready to pounce. With both Tiger teams equally matched in talent, it really was an option to be anybody’s game. It all boiled down to who could make the final minute push. The 7th Grade Lady Tigers were first to get the action rolling. With this being the third game for the Lady Tigers, the girls are still in the process of trying to find their flow.

Mansfield ending falling 32-13 to Charleston but still had plenty of shining moments. The team combined for a total of 16 rebounds and three steals. Leading in scoring was Ambria Whittaker with five points followed by Trinity Triska with four. Maylei Rogers and Azlynn Nelson delivered two apiece as well. With a week until their next game, there’s still plenty of time to fine-tune some skills. Once polished, the 7th Grade Lady Tigers will have opponents running for the hills.

The 7th Grade Tigers don’t mess around when it comes to getting the job done. Both Tiger teams were out for blood and the proof was shown on the hardwood. When it came to crashing the boards, the Tigers didn’t have any problems as they walked away with a total of 13 rebounds along with 12 combined steals. Winston Allison was first to lay down the law against Charleston with his three-point shot from downtown at the sound of the first-quarter final buzzer.

Allison would go on to make two more three-pointers and finish the night with 11 total points. Cameron Pettus chipped in four points of his own followed by Austin Ruiz with three and Aaron Person with two. With plenty of back and forth action, the game winded down to a minute left on the clock and the score reading 19-19. In true edge of your seat hold your breath Tiger fashion, Mansfield pulled off the incredible 20-19 win with a free throw. It’s back to work on December 19 for the 7th Grade Tigers as they face the Bulldogs in Waldron at 4:30 p.m.