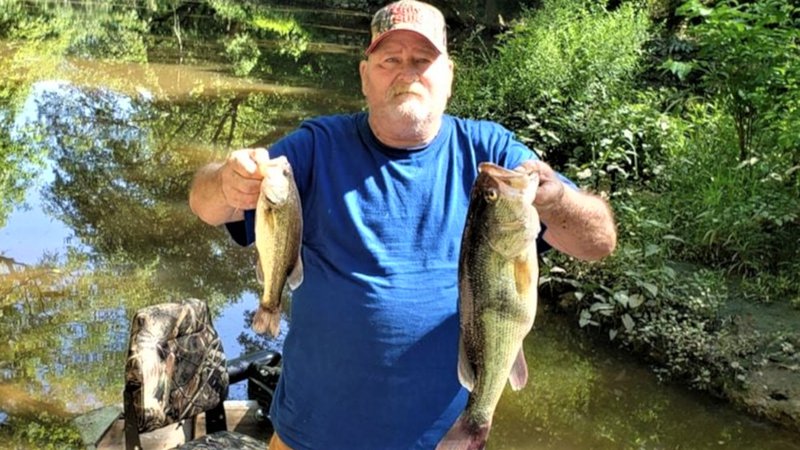 The AGFC’s Fisheries Division urges anglers, if they haven’t done so yet, to check out some of the U.S. Forest Service lakes in the state. The U.S. Corps of Engineers lakes around the state are large and attract lots of angler attention, but there are some destinations within the state’s Forest Service land that not only offer stunning views, but unique fishing opportunities.
District fisheries biologists from the Russellville region and U.S. Forest Service staff recently collaborated to sample fish communities in Shores Lake and Cove Lake. Shores Lake is in Franklin County northeast of Mulberry, while Cove Lake is located in Logan County southeast of Paris near Mount Magazine and within the Mount Magazine WMA, which is cooperatively managed by the Forest Service and the AGFC.
Community sampling allows biologists to determine whether the fishery is well balanced with plenty of prey for predator species. Biologists can also determine the spawning success of sport fish species such as largemouth bass.
Both Shores and Cove lakes contained plenty of young-of-the-year largemouths, indicating good spawning success from this past spring. Numerous 11- to 13-inch bass were found. These lakes could benefit from harvest of black bass to prevent overcrowding, which can produce a stunted population.
Shores Lake also contained several nice-sized redear sunfish (photo top right), which make great table fare.
Also, both Shores and Cove lakes are stocked annually with about 400-500 channel catfish. Several large channel cats were observed while sampling Cove Lake.
So, no matter what species you prefer, these lakes can provide ample opportunities to make memories and fill the freezer, and they’re easy to reach from much of the state. The drive to either is worth the trip as well!