Around the Boathouse: Lake Dardanelle 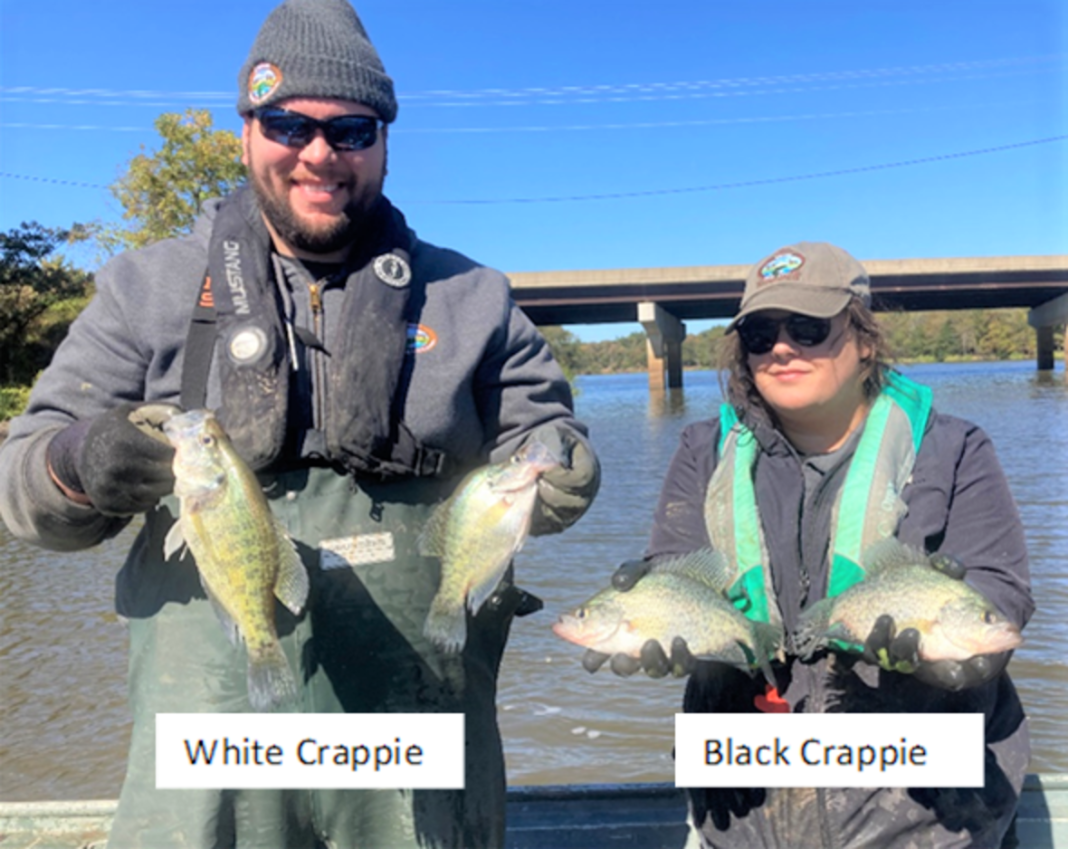 The summer’s drought revealed the need for one of northeast Arkansas’s favorite fishing spots. That work has been completed.
As the water dropped in Lake Hogue this summer, district biologists noticed support structures on the fishing pier were badly in need of repair. Contractors closed the pier (photo right) for a couple of days to repair the damaged support posts, and replaced and strengthened the railing to bring the pier back to usable status.

* AGFC biologists recently sampled the crappie population on Lake Dardanelle, visiting multiple areas of the lake with lead nets.
These nets consist of two hoop nets connected by a long lead net that funnels fish into the hoop net where they are captured. Biologists collected over 800 crappie (both black and white) in October, including a 1 pound, 13 ounce black crappie.
Through sampling, biologists hope to better understand important population parameters, such as spawning success, growth and mortality rates. Crappie are known to have highly variable spawning success from year to year.
The biologists from the Russellville DIstrict Office report that from sampling so far, it appears 2021 was a good year for crappie spawning success. They say this means there should be plenty of harvestable-sized fish to catch beginning in 2023. Biologists will learn more as they plan to sample again next month and into December. Of the crappie that were collected in the October sampling, 65 percent were white crappie and 35 percent were black crappie.
White and black crappie (see below photo) can be differentiated by their spot patterns, number of dorsal spines, and general body shape. White crappie have spots arranged in a vertical bar pattern, 7-8 dorsal spines, and a longer body shape. Black crappie spots are irregular, they have 5-6 dorsal spines, and their general body shape is more rounded with a shorter head and upturned mouth.
Anglers should note that the minimum length limit for both crappie species on Lake Dardanelle is 10 inches; the daily possession limit is 30 (black and white combined). As the temperature continues to drop in the next two months, crappie fishing should be picking up nicely. Get your poles and jigs ready!