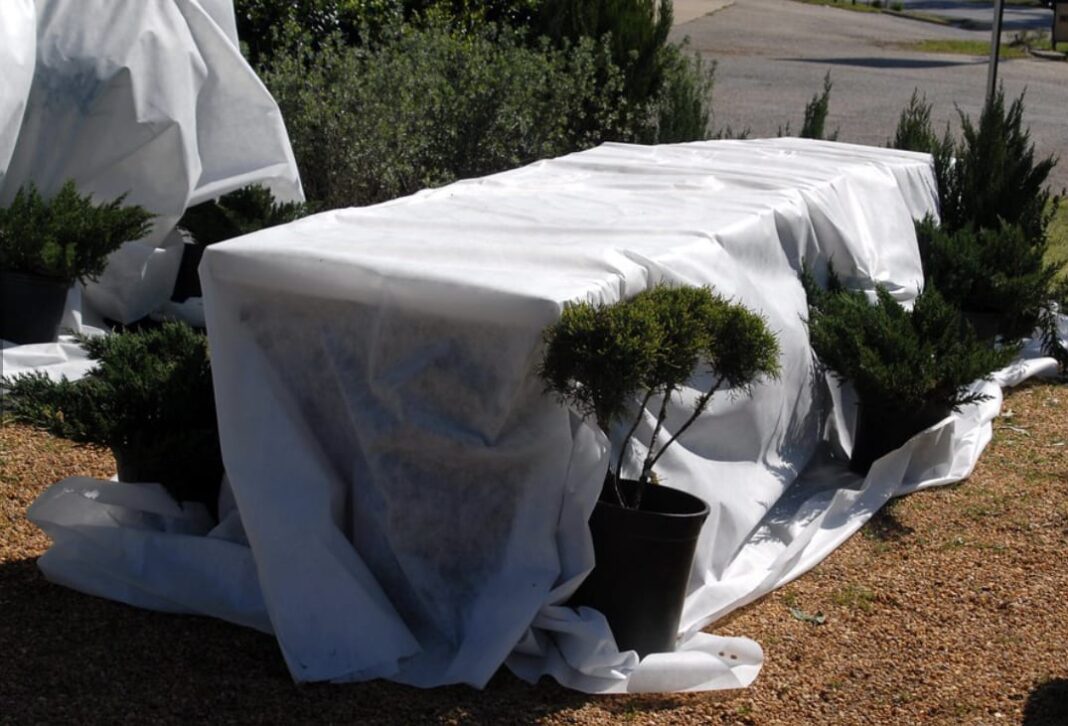 Horticulture experts with the University of Arkansas System Division of Agriculture are urging Arkansans — particularly those in the northwestern third of the state — to take early precautions to protect fruits, vegetables and ornamental plants ahead of a cold front expected to hit the state Tuesday night.

Temperatures are expected to fall below freezing by late Tuesday night, according to the National Weather Service. As of 4 p.m. Tuesday, heavy snowfall had already fallen on many areas in Benton and Washington counties. By dawn Wednesday morning, temperatures in Fayetteville are predicted to be in the mid-20s.

While many of the state’s commercial fruit producers have begun preparing for the likely freeze event, Jim Robbins, extension horticulture specialist for the Division of Agriculture, said homeowners growing fruits, vegetables or ornamental plants on their property should move quickly to minimize damage as well.

“Many plants have just completed flushing, or are now flushing, which means they are loaded with water,” Robbins said. “This makes them very vulnerable to this kind of weather event. We are in a very critical time.”

Robbins said Japanese Maples, peonies, roses, hostas and irises — all popular trees and flowers throughout Arkansas — are all vulnerable at this time.

“Some of the same plants damaged by the hard freeze in February are strong candidates for damage from this late freeze,” he said.

Many of the fruits widely grown in Arkansas are vulnerable at this time as well, including strawberries, blackberries and blueberries. Amanda McWhirt, extension horticulture crop specialist for the Division of Agriculture, said these fruits can be easily covered, and home growers should take the time to do so.

Many vegetables are no different. Tomatoes, potatoes, peppers and squash are all vulnerable to extreme cold snaps, and should be covered or, if possible, brought indoors, said Bernie Kurz, extension horticulture educator for the Division of Agriculture.

Other vegetables, such as onions, green peas and asparagus will likely be fine, he said.

Robbins and Kurz said that the general goal for the plants’ survival is to trap as much heat under a covering as possible.

“The soil actually provides the heat for the plants in this situation,” Kurz said. He advised adding mulch around the base of low-to-the-ground plants, and said that proximity to a building may help provide an additional buffer against wind, reducing the overall effect of the cold on plants. If plants are particularly low and short, covering them with buckets can be effective.

Kurz also cautioned growers not to simply forget about the plants once they’re covered.

“Uncovering is just as important as covering,” Kurz said. “Uncover the plants after temperatures go above freezing.”

If rain is forecast in an area, Kurz said homeowners should cover vulnerable plants with a layer of fabric first, then add a layer of plastic over the fabric.

“You can provide a frame to keep the protective layers off of the plant using tomato cages or stakes, broken tool handles or plastic electric fence posts,” Kurz said.

Robbins said that it shouldn’t be long before homeowners can assess what damage, if any, the cold will have incurred on plants.

“Once temperatures climb we anticipate being able to determine the extent of damage,” he said. “Blackened leaves and flowers will be our first sign,” he said.