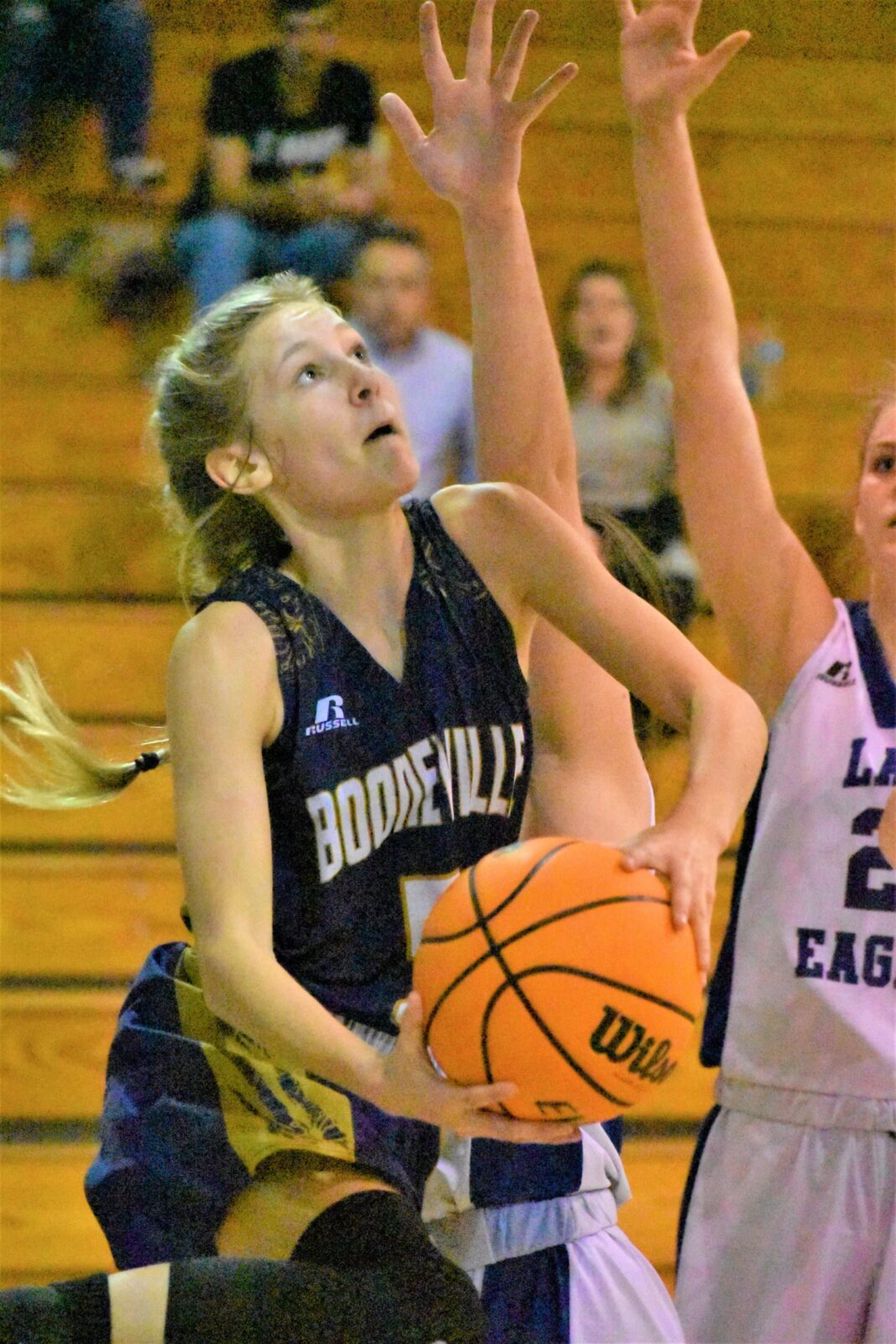 The Booneville junior high Bearcats and Lady Bearcats made the trip to Paris Monday night and were on a mission to leave Paris with a sweep of the boys and girls games, and that is exactly what they did. In a pair of one-point thrillers, Booneville departed Paris Monday night with junior high conference wins against the Paris Eagles and Lady Eagles.

In the first game of the night, the Paris junior Lady Eagles hosted Booneville in a slug fest that included Paris’s Jadyn Wells fouling out and Paris coach Dustin Williams ejected at the end of the game. Paris held a slim one point lead until the final minute of the game until Booneville took the lead for good and going on to defeat Paris by the score of 26-25. Paris, playing without Annabelle Perry, and suffering the loss of Wells, was playing at less than full strength. However, Booneville came into Paris gymnasium as a team determined to take the game from the Lady Eagles, and that is just what they did. Paris assistant coaches will coach the Lady Eagles Thursday night when they host the Perryville junior Lady Mustangs.

After the game, Paris coach Dustin Williams said, “I thought we brought intensity and emotion but were too lackadaisical and blew some assignments defensively in the first half that are uncharacteristic of us. We had a couple of slow minutes on offense and couldn’t get the lid off the basket. In the second half, we answered the call. We came out and go after it on the defensive end; just had some foul trouble that really put us in a bind late. I’m proud of how our girls battled through the adversity; we just came up short at the end.”

The Paris / Booneville rivalry will write its next chapter tonight in Booneville with the senior high games between the boys and girls teams. This game is always an intense game, regardless of the records. The Lady Eagles, who have not played since their last road loss at Atkins on January 28, are anxious to get back on the court with the chance to get over the disappointing loss at Atkins and back into the win column. Booneville is coming off of a 55-52 win at home over Fountain Lake on January 31 and looks to continue its winning ways as they move forward to the conclusion of the conference season and the upcoming district tournament. Booneville is 9-14 overall and 2-9 in conference play.

Paris will enter tonight’s game 11-11 overall and 5-5 in conference play. Paris is currently alone in fourth place in the conference, behind conference leader Lamar who is 11-0, second place Perryville who is 7-3, and third place Jessieville who is 7-4. Paris has remaining games against Booneville, Jessieville, Fountain Lake, and Perryville, so the Lady Eagles have an opportunity to make a run this week and possibly finish in third place on Valentine’s Day before they begin play in the district tournament.

Tonight’s game begins a final stretch of four games that are extremely important for the Lady Eagles. The last four games will determine their seeding in the district tournament and their possible path into the regional tournament. It can be argued that every game from here out is a playoff game for the Lady Eagles. Losses from this point are extremely costly and each win is extremely important going into post-season play. There is no longer any room left for a poor game for any of the teams entering the final stretch of the conference schedule. Teams will be playing with a “no tomorrow” attitude, and each game should be a thriller.

Tonight’s games in Booneville are going to be barn burners, and the Eagles and Lady Eagles need their fans to show up big tonight in Boonevlle.