Cedarville Teacher Has Passion For Writing 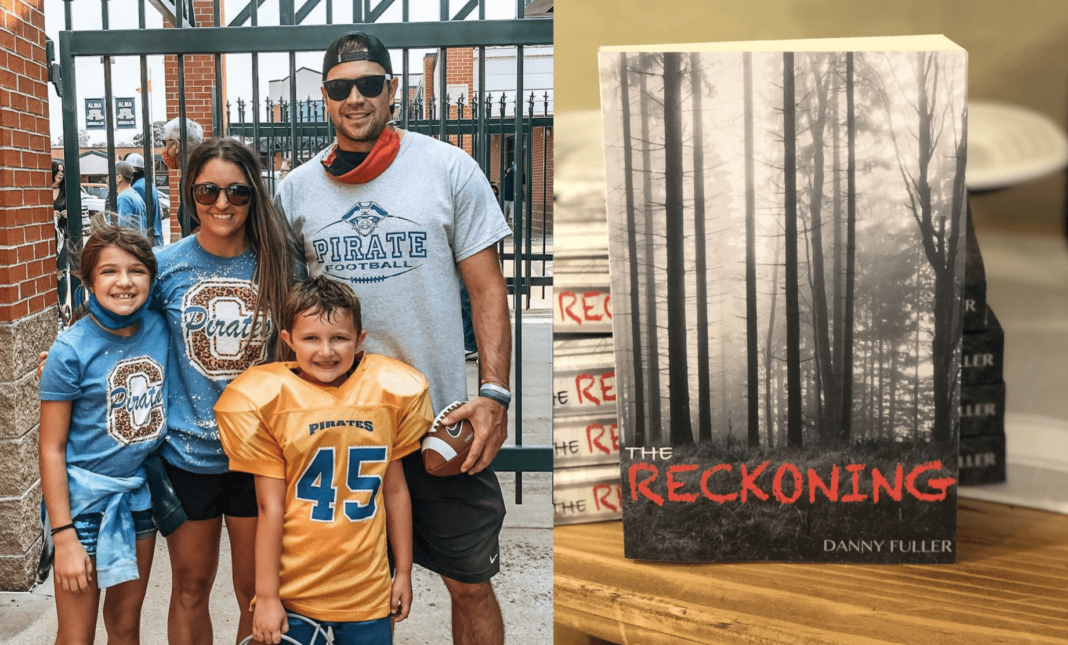 If you live in the Cedarville area, you probably know Danny Fuller as a teacher and former coach at Cedarville High School or as the owner of Full Throttle Fitness, but you might be surprised to learn that Fuller has also written and published four books.

Danny says he started writing at a young age. “I started writing little stories in elementary, but really started focusing on writing more about the seventh grade. I started off writing these short stories about a group of superheroes called the Freedom Fighters. In the tenth grade, I started writing my first novel attempt, which was a fantasy story. Some of my books are inspired by friends and people that I have met along the way over the years, and others are just these ideas that will randomly pop into my head. They might stem from a question I have about shows that I watch or just a completely random thought. As I’ve aged and learned new perspectives, my characters have grown as well. As much as I love to write, I chose teaching history as my major when I went to college because it had better job opportunities, but I was always writing on the side throughout college.”

After college, Fuller began teaching Social Studies at Cedarville High School and has now been there 13 years. He also coached football and softball for five years but left coaching so he could spend more time with Jalah, his wife, and their children, Alexis and Reed. He still needed a coaching “fix”, so he opened Full Throttle Fitness.

Jalah Fuller says her husband is “very humble and private”, but she is proud to share his accomplishments. “Last year he received the History Teacher of the year award from the local VA chapter in Van Buren as well as district and state VA. He’s been Teacher of the Year at Cedarville High school at least 3 times. For ‘Who’s Who’ each year he is voted as most caring or most influential (sometimes both) by the students. We had a shoebox full of letters from former students who write him after they graduate telling him how his class prepared them like no other for the real world and how his back story and influence on them made a huge impact. He’s even had foreign exchange students write him and thank him for being the best teacher they have ever had.”

Along with teaching, fitness coaching, and writing, Danny also loves to play flag football and has been playing in the Fort Smith league for at least 15 years. Jalah admits, “Not sure how he finds time to write, but he does! He enjoys it so it’s not a set amount of time each week and sometimes he writes more days than others, depending on if he thinks of something randomly and doesn’t want to forget it.”

Danny explains his strategy, “These days I try to balance teaching, running a business, and family, while trying to find a little time here and there to write.”

Danny Fuller’s books are available on Amazon and include Coming of Age, The Exile’s March, Worlds Apart, and The Reckoning.