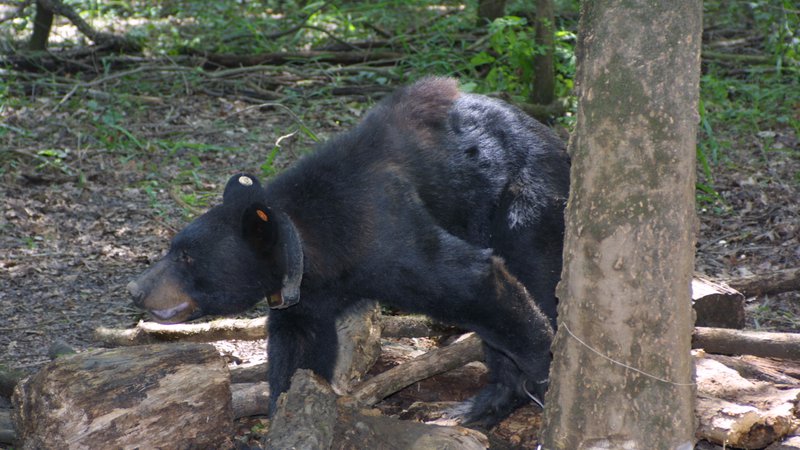 LITTLE ROCK — Arkansas hunters hitting the woods may notice a few deer and bears sporting some new neckwear this fall, but that shouldn’t deter anyone from legally taking that animal.

“The collars are part of ongoing research taking place in certain portions of the state,” Cory Gray, AGFC chief of research, said. “In Northwest Arkansas, we’ve partnered with the University of Georgia-Athens, Colorado State University, the National Park Service, U.S. Forest Service and various other agencies and conservation partners in a five-year study about the effects chronic wasting disease may be having on our deer population. Researchers are collaring deer, performing live tests for CWD and following their movements. When the deer die, they’ll track it down and perform necropsies on them to determine the cause of death.”

Deer collared in the project include individuals that tested positive for CWD as well as deer that did not test positive. It is recommended that all deer harvested, regardless of their appearance or the presence of a collar, be tested for CWD using one of the many testing locations available through the AGFC.

A few female bears also are wearing collars. Some have the same radio-location collars that have been used by the AGFC for decades to locate females with cubs when they are denned to measure productivity, but a few in south Arkansas are sporting some new-age GPS-enhanced collars.

“The new collars are being placed right now on female bears in the newly opened bear zones (Zones 3 and 4),” Dr. Jenn Ballard, state wildlife veterinarian with the AGFC, said. “This is really a once-in-a-lifetime opportunity to track bear movements in response to these newly opened hunting seasons in an area that has seen no hunting pressure since modern bear hunting was reinstated 42 years ago.”

Just as with the deer research, hunting mortality and pressure are part of the overall landscape where the research is taking place, so truly valid data must account for such variables.

In years past, collared bears were protected because of the need to study reproductive effort and the amount of work involved in trapping and safely sedating the bears, but that regulation was removed to ensure the quality of the research.

“Ideally, we want hunters to ignore whether there is a collar there or not,” Gray said. “If it’s a deer or bear that you want to harvest, and it’s legal to do so, go ahead. We only ask that hunters contact the AGFC as soon as they recover the animal so we can collect the collar to be reused.”