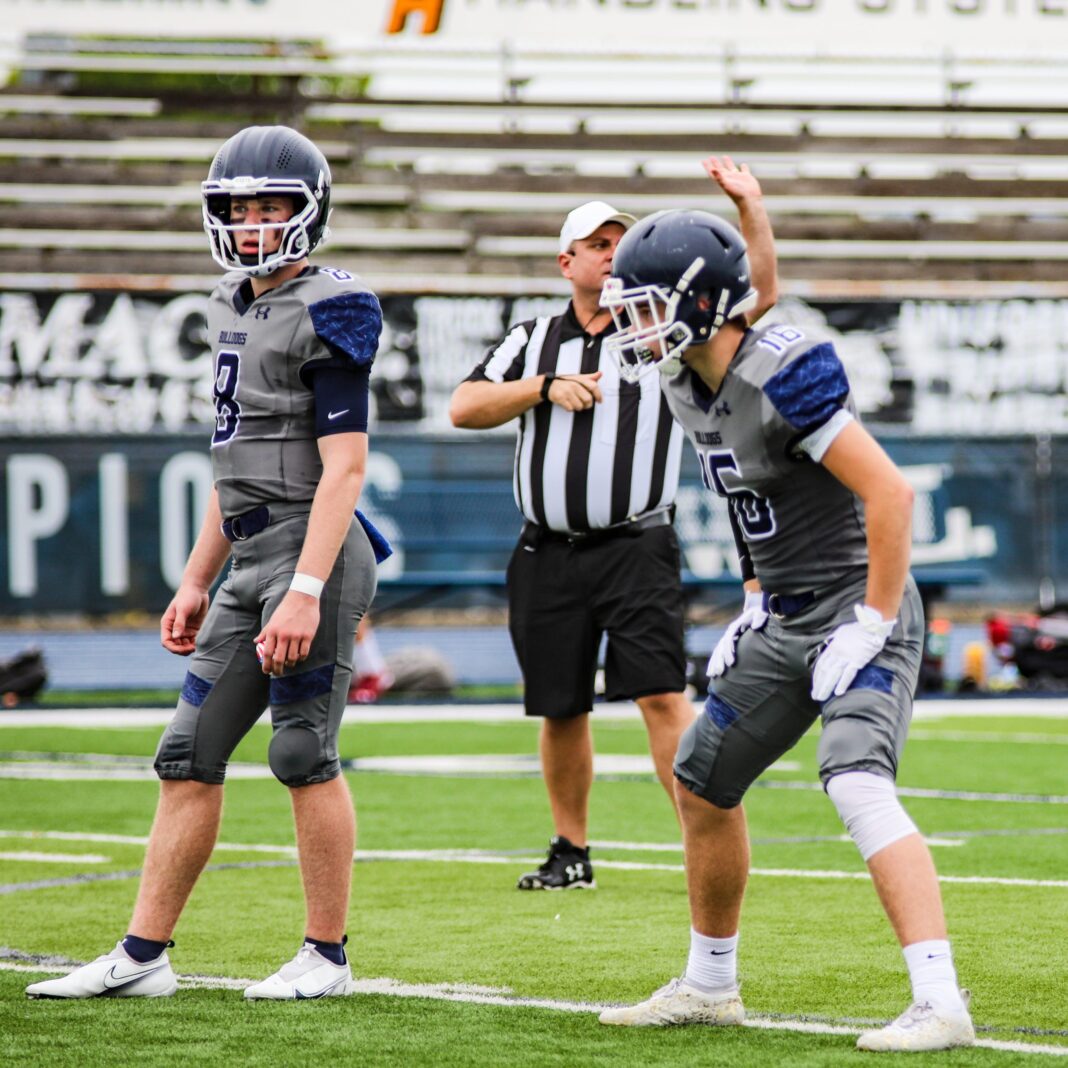 It is no secret that the Greenwood Bulldogs have been creating their own history as an all-around top public school in the state.

Any school would rest upon that but not Greenwood, nearly every sport had athletes sign the past school year. The Girls Basketball team saw two go on to further their careers. After setting school scoring records, Kinley Fisher heads off to Mercer University. Shea Goodwin signed with University of Arkansas Monticello. Softball sends two to University of Arkansas in Fayetteville with Ally Sockey and Chelsi Possage. Volleyball had two sign this year. Hannah Watkins goes to the University of Central Arkansas. Larkin Luke signed with Henderson State. Across Highway 67 in Arkadelphia, Ouachita Baptist Marcie Cash joins the Cross Country team. Four players on the Varsity Baseball squad make their way to the College diamond. Reed Carroll signed with Carl Albert, Chance Eoff with Arkansas Tech, speedster Caden Brown to University of Central Arkansas, and Pitcher Landry Jurecka heads to Manhattan, Kansas to play at Kansas State. Golf had two sign with Olivia Walker going to Williams Baptist and Brady Fein to Hendrix.

To say they are continuously creating history would be an understatement. What if there was something else Greenwood laid claim to this summer? Reportedly the youngest athlete, has been offered an opportunity to further his football career before even playing a down of his eighth-grade year. Within 24 hours of each other, Kane Archer received offers from Missouri and Michigan. While the offers cannot be official until the athlete’s junior year, getting an early offer is certainly not unheard of.

Missouri is familiar with Archer as legendary Greenwood Head Coach Rick Jones joined the Missouri staff after 16 years of leading the Bulldogs. Kane participated in several QB sessions with Coach Jones leading up to his 7th-grade year. The incoming 8th grader has been a two-sport athlete (football and basketball) in Greenwood since the start. In 3rd grade, he joined the Pittbulls, and it laid the foundation in his football career. That evolved into joining something almost unheard of, a travel football team. It is with the Outlaws out of Kansas City where Kane garnered the most attention. His exploits on the field are well documented and in the era of social media, they have taken on a life of their own. Search his name on YouTube and you will find a dozen or so videos of games against teams out of Atlanta, Los Angeles, Dallas, and Houston. Locally for some, it is overwhelming and too much hype or publicity for someone so young, but for others across country, the accolades and comments keep feeding into the story.

The beginning of this is a story similar to that of former Springdale/Razorback/USC QB Mitch Mustain, put upon a pedestal before taking a Varsity snap. He played the game and those watching applied the labels “#1 QB” or “Top of his class”. Deep down underneath the highlights there is still a kid that just wants to go to Dark Water at Parrot Island. A kid that wants to improve on the field with his pocket presence and maturity. A kid that is trying to keep the all American QB persona, no flashy bands or anything extra, an American Flag mouthpiece, the close-cut hair style. Just a kid.

On the football side of things, Kane has not stayed put this summer. He made a trip out to California for five days, to work with John Beck, who works with and has worked with several NFL QB’s. “If they’re getting trained by them and I’m getting trained by them. Then we are absolutely in the right place,” Kane Archer mentioned in an interview the night before his matchup with LA Rampage. Asked on what he could improve the most in his game, “Watching some more film, got to break down more coverages. It’s still little league football, it’s just backyard football (in reference to the style of play for the K.C. Outlaws). I still have to watch more film and find out what defenses they are running, so I can find where the weaknesses are and attack it.”

This fall Kane gets the opportunity to play up with the Freshmen Bulldogs. It’s a group he is very familiar with as his brother Cash Archer is class of 2025 and played football since the Pittbulls. At the end of the regular season, Pittbulls Head Coach Justin Jasna and his staff would take the Pittbulls to a few tournaments bringing along Kane. “Finally getting to play up is something I’ve been trying to for 3 or 4 years now. Playing with these guys is a step ahead and I think that’s really what I need.” Archer said. While other national powerhouse High Schools (Mater Dei, St. Francis Academy) have tried to swoon the young Archer over the summer, it is Greenwood where he remains true too.

Speaking with Kane’s dad Adam Archer, when asked about how much of a proud dad moment this was, he said “Seriously I couldn’t be any prouder. But I told him already, we still haven’t played a snap of high school. So we haven’t earned anything yet. It’s a long journey, a long journey.” A journey that will hopefully end with a goal that a lot of kids have, to play college ball.

After watching Tuesday’s scrimmage against Fayetteville, the Bulldogs put up 53 points with Kane finding the end zone 7 times. The offensive fire power that the Freshmen have, plus the talent in the grades above and below, have Greenwood simply reloading for years to come.

Currently, there are three QB’s in the grades ahead of Archer. Junior Hunter Houston looks to be a lock-in the position for the next two seasons. Slade Dean will be a Senior Archer’s Sophomore year and will have two years of Varsity experience by then. Cole Kindle did well in the Spring and will improve on his skill set in the next few seasons. As of now there have been six QB’s from Greenwood that signed Division 1 letters of intent since Coach Chris Young has been at Greenwood. Those include Daniel Stegall, Tyler Wilson, Stephen Hogan, Jabe Burgess, Luke Hales, and Connor Noland. With Hogan and Hales on the coaching staff this year and working with the QB’s, can they elevate that number to nine, this writer believes so. They not only bring experience and the skill set of the QB, but bring the knowledge of what is expected of a QB at that level.

One thing is for certain, Greenwood will continue to create history on the field, on the court and in the classroom.