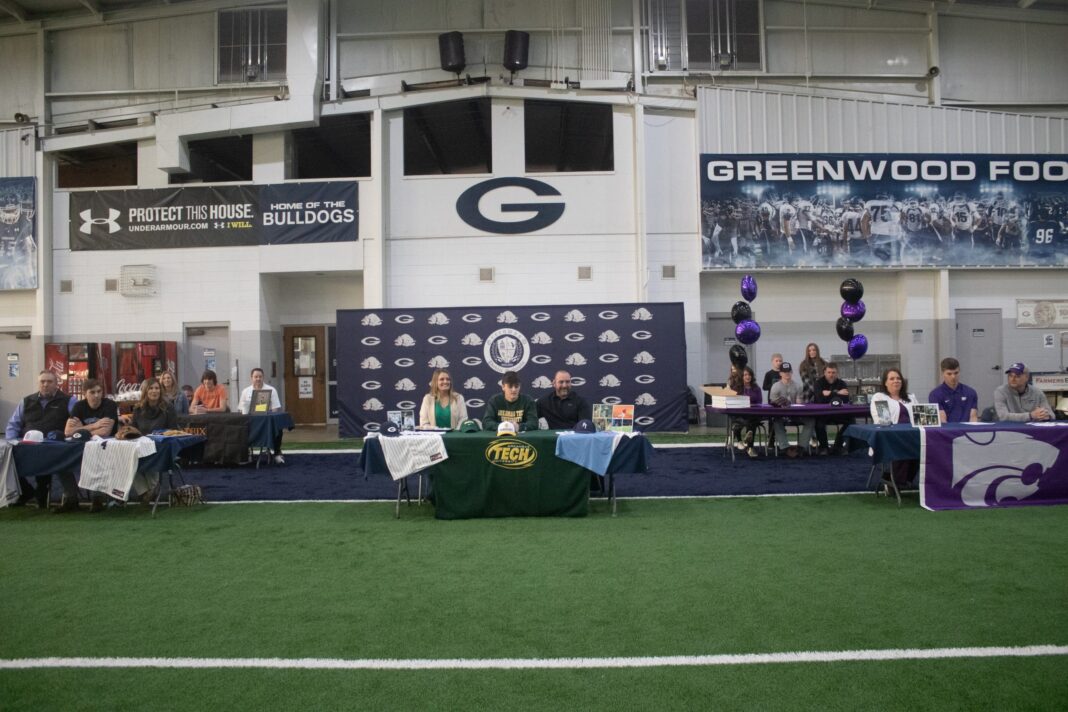 Signing Day has once again arrived at Greenwood with five athletes signing their letters of intent.

Golfer Brady Fein becomes another Greenwood athlete to further his education and athletic career at Hendrix University. The future Warrior Golf team member was an integral part of the boy’s golf team at Greenwood that won a conference championship. Fein was named to the Arkansas Democrat-Gazette All-Arkansas Preps Golf team this past season.

Second-year Coach Chad Mercado addressed the crowd of family, friends, and teammates about what each member of the Greenwood High Baseball team meant to the program.

The Baseball team starts their season this Thursday in a benefit game, as the Booneville Bearcats make the trip west on Highway 10 to play the Bulldogs at home. Game time is set for 5 p.m. The regular season starts Tuesday, March 2 against Gravette.