Freshmen Bulldogs Put On An Air Show Against Fayetteville 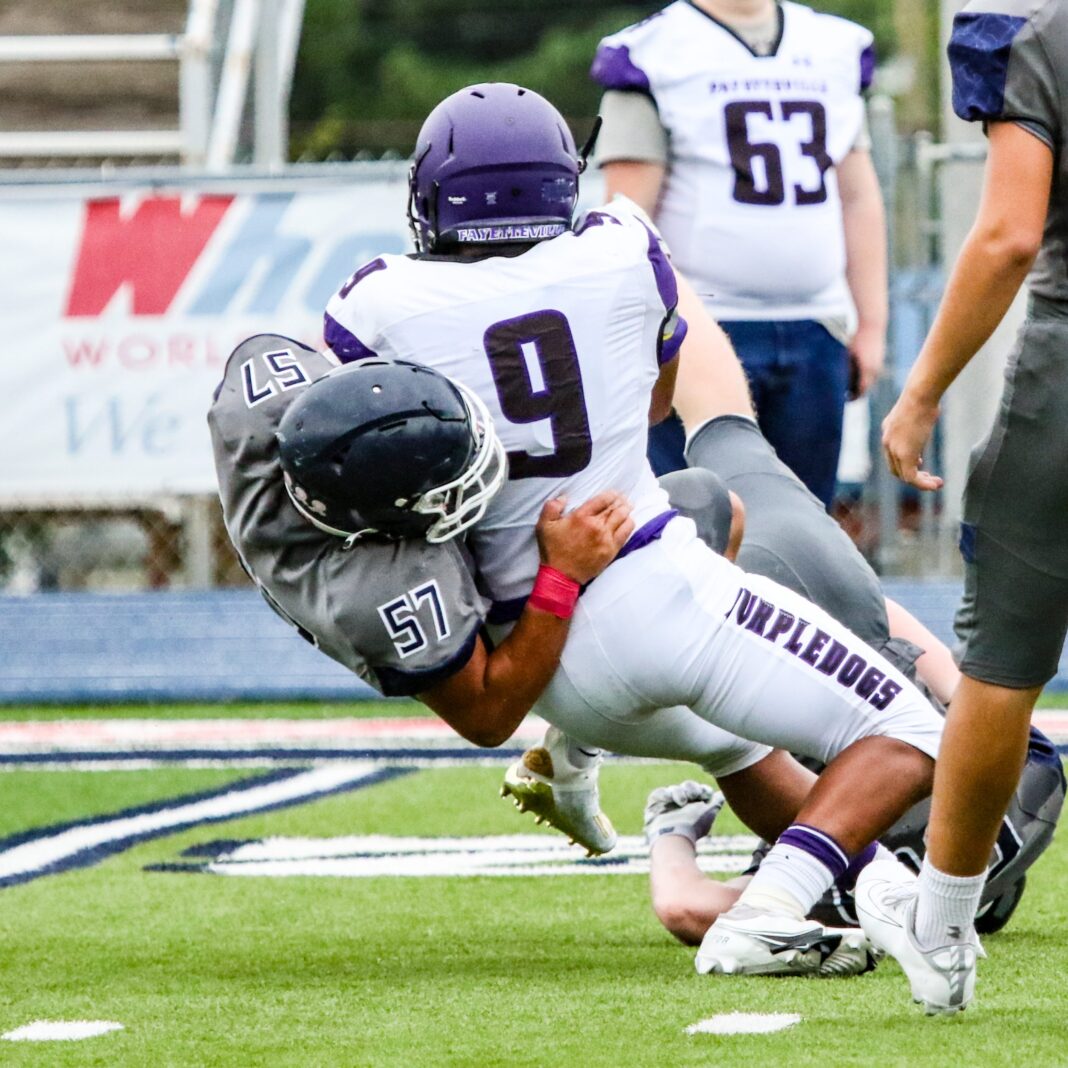 There is a saying that Greenwood does not rebuild, they just reload. If last Tuesday’s scrimmage game against Fayetteville is any indication, opponents are going to have a tough time against a high-powered offense and a tough physical defense.

The first half of the scrimmage saw the Freshmen going against Fayetteville White and the second half against Fayetteville Purple. While still a scrimmage and the score being arbitrary, Greenwood put up a staggering 53 points to Fayetteville’s 19. Three different QB’s saw action Tuesday and had a lot of success through the air. Kane Archer, Kaylor Jasna, and Scott Holland were able to slice through the Fayetteville secondary. Daniel Burton and Isiah Arrington provided some deep threat prowess and speed. Daniel Burton the son of former Greenwood WR great Jacob Burton, along with Arrington showed great hands and the ability to get to the ball.

The hard-hitting defense rarely let Fayetteville get a first down. Gage Hanna, Cash Archer, and Hudson Meeker, just to name a few, kept pressure on the Fayetteville QB all night only giving up 3 big plays.