Hornet Bowlers Are Set To Line Up Their Season

The Hackett Hornet Bowling Club is settin’ em up and knockin’ em down. Their bowling season started with their first game on December 3rd against a very talented Alma team. The boys’ team fell short by 85 pins while the Lady Hornets won their game by 100 pins. All games are played at Bowling World in Fort Smith unless otherwise indicated and the matches start at 4 pm. 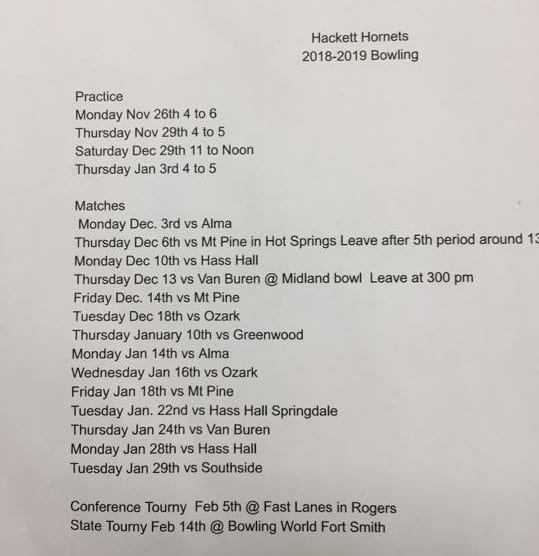