Jr Bulldogs Chairmen Of The Boards 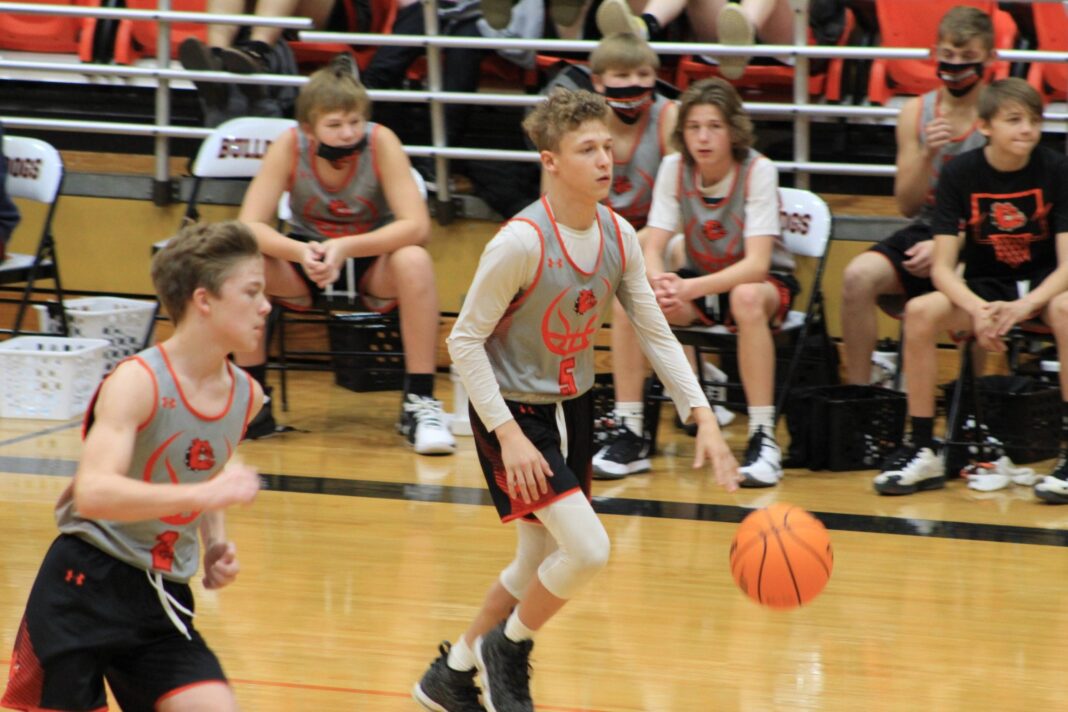 On Monday, December 28, the Waldron Jr Bulldogs picked up their fourth win of the season after nearly dominating the Horatio Lions with a final score of 41-14. Although the Jr Bulldogs had to endure a two-week shutdown due to Covid misfortune, it wasn’t enough to halt their skillful basketball presence on the hardwood. The boys picked back up right where they had left off racking up three out of four wins. Waldron scored 55-29 against Mulberry on their first night back after quarantine on December 14 and then preceded to grab another win versus Cedarville 38-23 on December 18. The Jr Bulldogs took a hard-fought 33-36 loss against Lavaca on the 21st before getting back in the winners circle against the Lions to finish out 2020.

Freshmen, Chris Lopez (14), Kason Davis (8), and Brayden Mays (5), played hotter than a bowl of chili at a Fourth of July picnic by offensively helping to lead the Bulldogs to a victory. Lopez has spent all season on the top side of the stats book and this game was no different. He also picked up 5 rebounds, 11 deflections, 8 steals, and 4 assists. Davis is a player who doesn’t know the definition of defeat. Every time he steps onto the court, he continues to rise to the occasion which helped him earn 7 rebounds, 1 block, 3 steals, 1 assist, and 4 deflections as well.

And Brayden Mays is one of the Bulldogs’ best kept secret weapons. Don’t let his quiet demeanor fool you though because once Coach Josh Atchley unleashes him, Mays fly’s up and down the court faster than new socks on a waxed floor. Not only did he net points, but he also garnered 2 rebounds, 4 deflections, 1 assist, and 3 steals too. Defensively, Scout Young, Noah Patrick, Steven Newman, and Cole Bailey combined for 10 deflections, 8 rebounds, and 6 steals by consistently keeping pressure on their opponents. Next up for the 4-3 Waldron Jr Bulldogs will be the Eagles at Cossatot on January 5th.