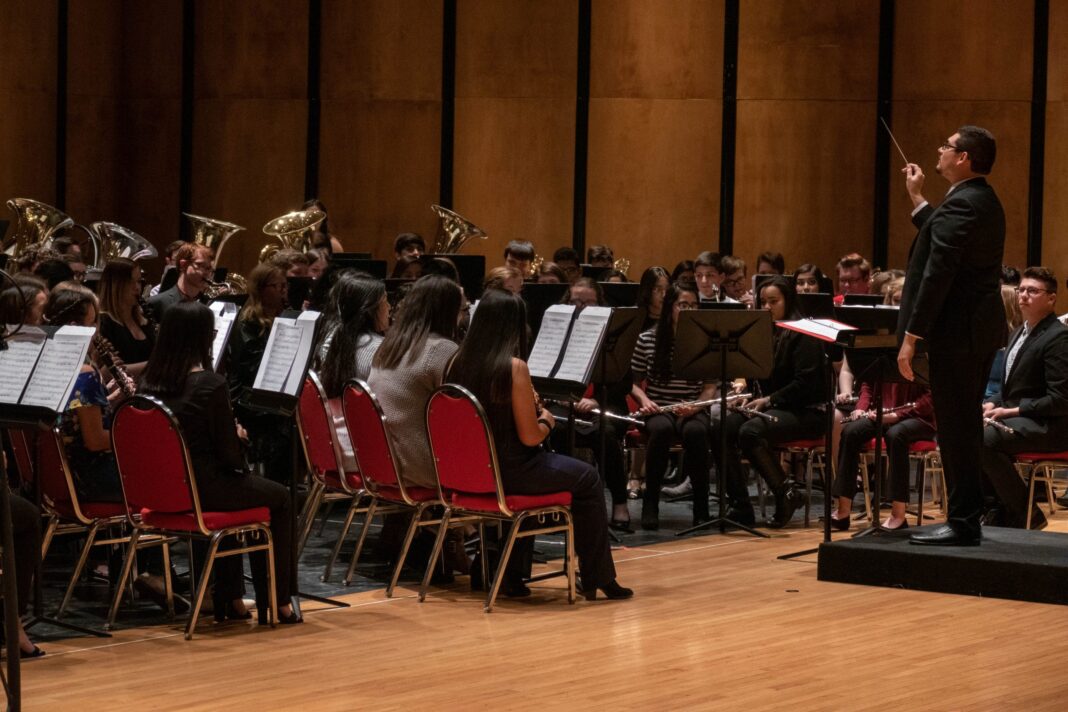 To prepare for the audition, students start by receiving the listed etudes and scales from their band director. Usually students will perform a playing test over all the All-Region music as a way for the directors to assess each student and place them for concert band. The selected music for All-Region challenges each student to become better players. Students who chose to audition for All-Region will spend extra time outside of school practicing by themselves and spend time with a private instructor or their band director.

Then in December, these students will travel with their schools to another school to audition in front of a panel of judges. These judges do not see the musician or know their name. At the location, the judges select a 10-measure cuts from two of the three prepared etudes and a few scales from them to play. There will also be a small piece of music for the individual to play, which they have not seen beforehand. This process normally involves around 500 Junior high students at one location on the same day. This year would be completely different.

Because of the Coronavirus, auditions were forced to go remote and students had to record their audition on the Arkansas State Band and Orchestra site. This was completely new to directors and students. I was able to talk to students from Booneville and Charleston Jr High about their experience auditioning virtually for All-Region last December.

For 9th grader Jacob Ireland of Charleston Jr High, this was his third year auditioning for All-Region. He stated that auditioning this year was easier due to the fact that there were not actual judges in the room listening as you played your pieces. I asked him what motivated him to audition for All-Region in 7th grade. He said, “Mr Uhrich recommended to me that I audition.” Jacob stated that he continued to audition because he wanted to do better than he had the previous year. Well last year, Jacob earned 1st Band 2nd Chair Tuba and this year he earned 1st Band 1st Chair.

All-Region is a rigorous process that challenges young musicians to work hard everyday. Both Jacob and Gage plan to continue to audition for All-Region in the future, even if the process stays the same. Jacob had this to add about his overall experience with All-Region, “Over the past 3 years, my sight reading has improved and so has my knowledge for note patterns and rhythms. I am able to pick up and read harder music that we are reading in 9th grade.” Gage stated that, “All-Region has taught me new styles and helped me read more advanced music.” Both of these students and the rest of the Jr High musicians are working their hardest to be the best musician that they can be during this pandemic.