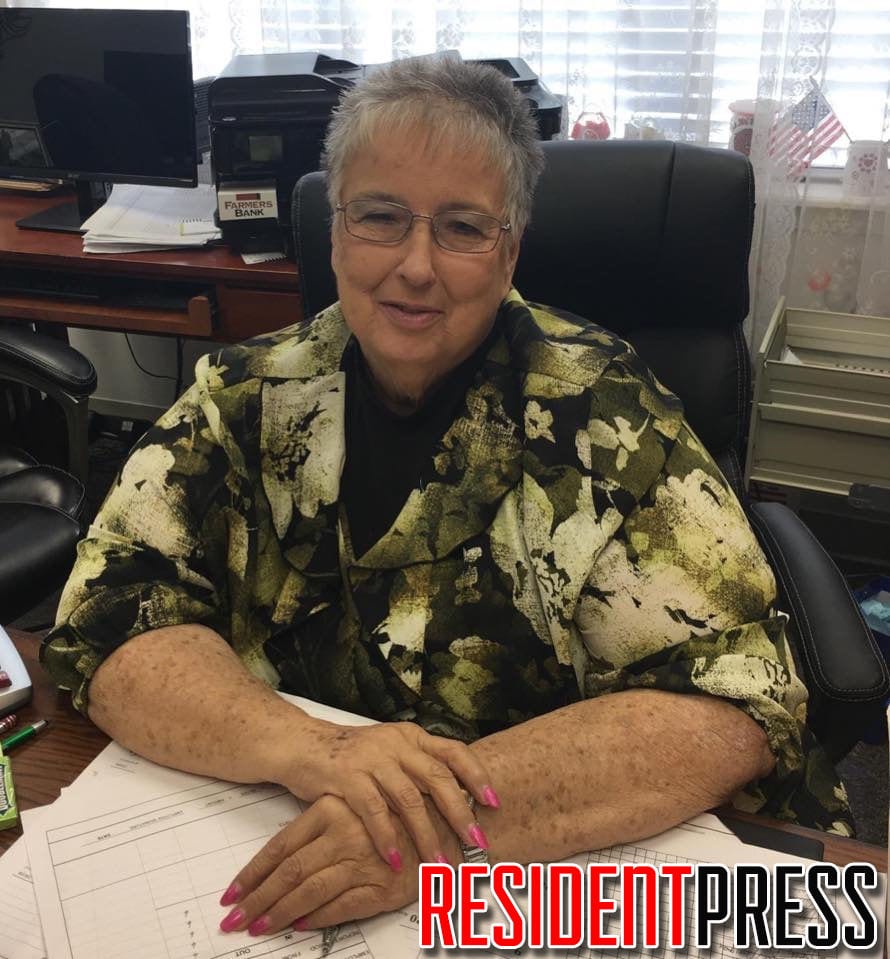 By Tammy Moore Teague
Edwards, a name that has always been synonymous with SRCA, has announced her retirement. Georgina Edwards will always be remembered by those at the Sebastian Retired Citizen’s Association and the community of Mansfield.
Edwards has served as site director for the past 32 years. During this time she’s seen multiple municipality changes, including the administration of both Mickey Chapman and Glen Hurt. “Mickey Chapman wrote my resume,” Edwards said. She was initially hired on as a cook in 1985 by Darlene Grandstaff. It was only months later that she was promoted to director.
Edwards continued to serve in that capacity at the city hall location. In 2001, through much determination, the new location on Highway 378 opened its doors. Glen Hurt served as mayor at that time. “I don’t think we would have the new center today without your leadership and dedication to the seniors of this whole area. It was truly a pleasure to turn the keys of the Mansfield Senior Center over to you when it was completed and let you run it as you knew how.”
The years and experiences have left a lasting legacy. Many friendships were forged over those years. Yet, this gave way to the most difficult aspect of her job. “The hardest thing about my job was when we would loose someone.” Edwards went on to add that she recalled attending four funeral services in one week. The feeling of loss and sadness comes as many participants over the years became like family.
There has been a great outpouring of love and well wishes from the community and coworkers towards Edwards. Hurt added”I wish you well in your retirement and want you to know that a lot of people love you for all the sacrifices you made for all of our parents and spouses for all these years.” SRCA employee Donna Elmore said hearing Edwards announce her retirement was one of the hardest days she’s had. “It was such a honor having Georgina for a boss. She does so much for our community and she is always there for our seniors whether it is to help them do something or to just sit and listen to what was going on in their lives. She truly cares for each and every one of them. We will miss her so much.”
Edwards has had some health issues that have contributed to her decision for retirement, however she plans to return to the activity center to visit and even get in on a game of dominos. Although her position will be filled, she will never be replaced. “She’s got big shoes to fill,” added Elmore.
She is the daughter of Grace Tucker, whom herself is a pillar at the senior center. Additionally, Edwards has four siblings, JR Tucker, Dorothy Morris, Wilma Chick and Debbie Tucker. Her children are Gary Edwards, Donnie Edwards, Regina Oliver and Lisa Moore.
On behalf of Resident Press and myself I would like to join those who have expressed well wishes with continued prayers for health and healing. Thank you seems inadequate for all the compassion you’ve shown so many over the years. You are so very loved and appreciated!