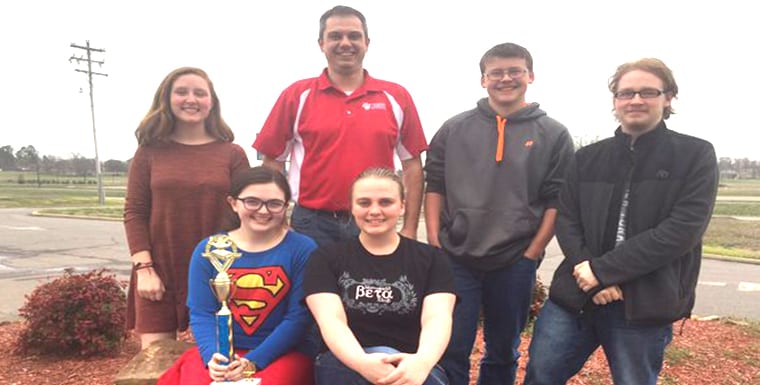 The Mansfield High School Quiz Bowl team traveled to Paris High School Saturday, March 12, for the 3-A West Regional Quiz Bowl Tournament.  After a long day of round robin play, Mansfield finished in a 3-way tie for 2nd Place with Danville and Paris.
Each team had the same win-loss record and each team had defeated one of the other two teams.  At that point tournament officials consulted the tie-breaker rules and determined the places based on total points in the three head-to-head matches.  After all calculations were completed, Mansfield walked away with 3rd Place and the opportunity to compete in the State Quiz Bowl Tournament in Mayflower on April 9.
Kayla Elmore, a junior and captain of the team, scored 25 personal points on the day and earned a spot on the All-Tournament Team.  Other team members include Tara Mott, Michael Hall, Glori Gatchell, and Rance Mickle.  The team is coached by Jeremy Holland.