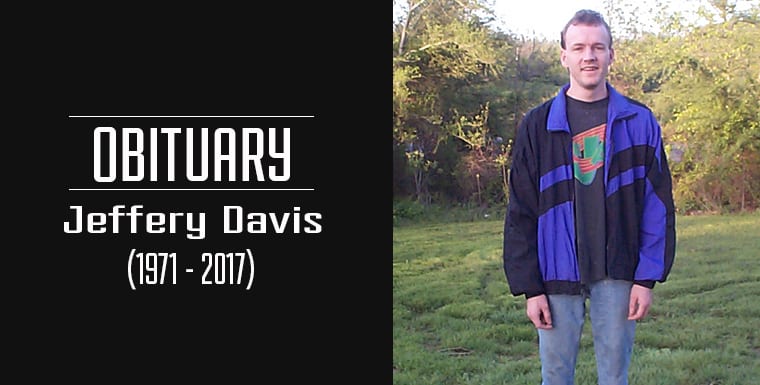 Jeff had formerly worked at Tyson Foods. He enjoyed video games and hanging out with friends and family.

Jeff is preceded in death by his mother, Jackie F. Davis, and two brothers, Richard Davis Jr. and Eric Davis.

Jeff’s graveside life celebration will be at 2:00 p.m., Wednesday, February 15, 2017 at the Carolan Cemetery near Booneville, Arkansas. Interment will follow. Arrangements are being entrusted to the Heritage Memorial Funeral Home in Waldron, Arkansas.

You may leave words of remembrance for Jeff’s family by visiting: www.heritagememorialfh.com.