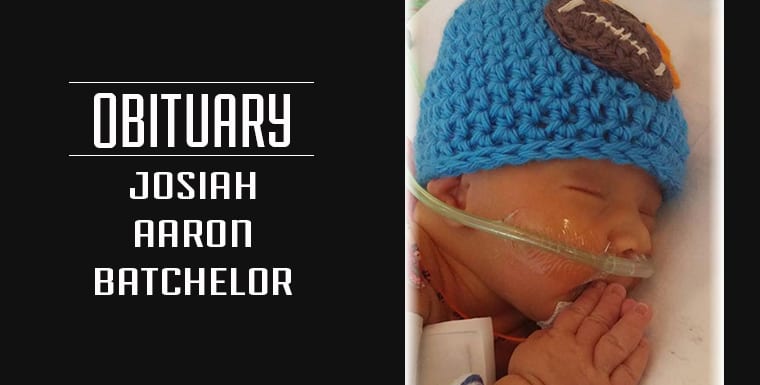 Josiah’s life would seem too short to many, but those who were touched by him understood that the quality of existence far exceeds the quantity of time in which one lives. Many lives were changed because of his. He brought so much hope into the world the day he was born and we will forever be thankful for the 83 days that we had with him.

Josiah’s life celebration service will be held at 10:00 am, Saturday, February 4, 2017 at First Baptist Church in Waldron, Arkansas with Rev. Gary Powell and Rev. Joe Hayden Hall officiating. Interment will follow in the Kirk Cemetery in Cauthron, Arkansas. Arrangements are being entrusted to the Heritage Memorial Funeral Home in Waldron, Arkansas.

You may leave words of remembrance for Josiah’s family by visiting: www.heritagememorialfh.com.