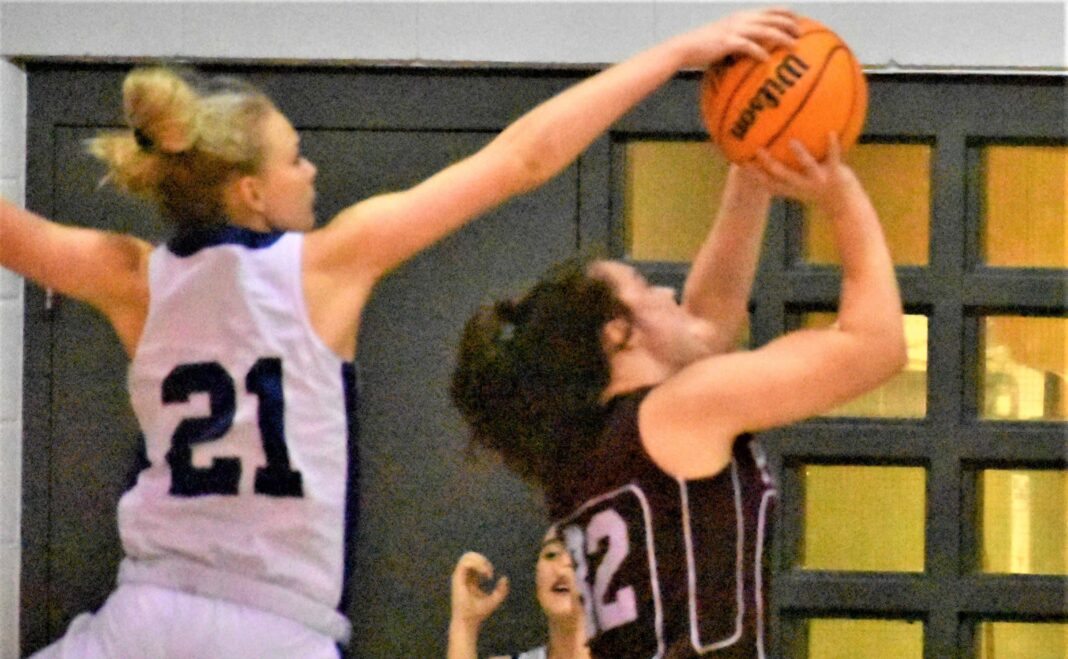 After a disappointing loss to Booneville on Monday night, it remained to be seen how the Paris junior Lady Eagles would react with tough games remaining against Perryville and Jessieville at the end of the week. With a tough road game tonight at Jessieville, the Lady Eagles may have sent a message last night with a convincing home win against the Perryville Jr. Lady Mustangs by the score of 23-14. Paris freshmen played their final home junior high game Thursday and produced a defensive gem that held the Lady Mustangs to just 14 points on the night. The Lady Eagles played without their coach, Dustin Williams, who was ejected at the end of the game Monday night versus Booneville. Assistant coach Donald Hart coached the Lady Eagles Thursday night. Williams will return to the bench tonight to coach Paris at Jessieville.

Commenting today, Coach Williams said, “The girls played extremely hard and executed the game plan to perfection. Coach Hart stepped into and coached a great game. So proud of our girls and coaching staff.”

Brailey Forst led the Lady Eagles with 13 points and 11 rebounds. Jayden Wells had 5 points and 3 assists. Rachel O’Neal had 4 points, and Annalise Stanford added 1 point in the Paris win.

The Paris junior Eagles boys team lost a heart-breaker to Perryville by the score of 40-37. The game was tight for the entire night until Perryville was able to pull out to a small lead late in the game. Paris continued to fight and pulled within 3 points with less than a minute to go, but could not make a final shot to send the game into overtime. After the game, Paris coach Mike Foster said, “I thought our kids played hard and I am proud of their effort, especially without a key starter. Illness and injuries have hit us this week going into district, but these kids will bounce back.” The junior Eagles are now 15-7 on the year, and will play at Jessieville tonight. Jesse Wells led the Eagles with 16 points.

Tonight is the final regular season game for the junior Eagles and Lady Eagles. The conference standings will be finalized with the conclusion of tonight’s games. District tournament seedings will be determined tonight, and the junior district tournament will start tomorrow at Perryville High School. As soon as the standings, seedings, and game times are known, RP will publish a special update for our readers.

The Paris senior high Eagles and Lady Eagles will play tonight at Jessieville following the completion of the preliminary junior high games. The Lady Eagles are in a “must win” situation if they have any hope of taking third place in the conference. Additionally, Paris needs to win to keep pace with fifth place Atkins who has played well recently and is making a move to take over fourth place from Paris. It is important for both the senior boys and girls teams to finish the next ten days playing good basketball to go into the district tournament with positive momentum.

Stay with Resident Press for complete Paris and Class 3A basketball coverage all the way through the state finals in Hot Springs!