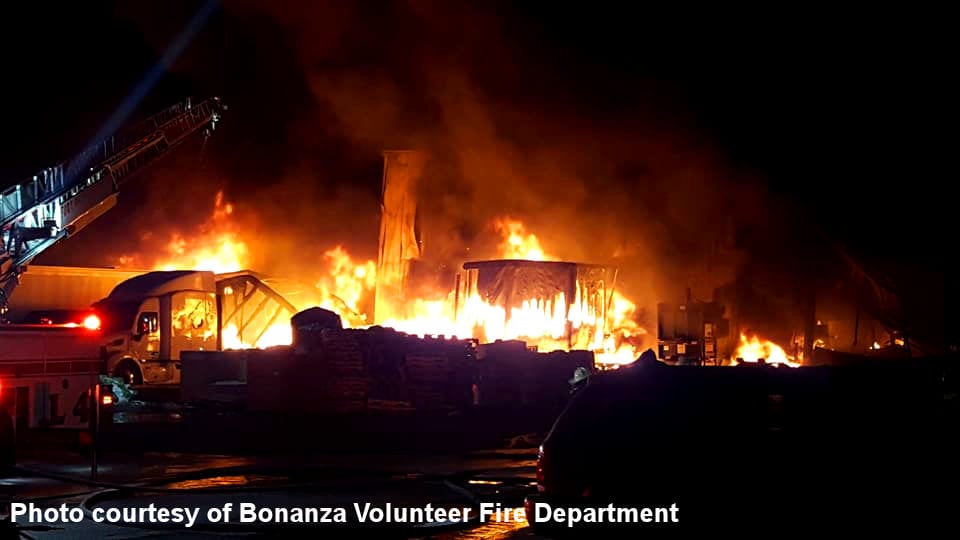 By Tammy Moore Teague
Local Volunteer Fire crews from Bonanza, Hackett and Huntington assisted Whitebluff-Rye Hill firefighters as they fought a large structure fire late Sunday into early Monday near the Arkansas/Oklahoma border.
That fire started at around 8 p.m. at Smurfit Kappa Recycling at Highway 271 and I-540. The building stores cardboard and paper bales. Roads in the area were closed and traffic was redirected last night as crews battled the blaze.
Bonanza Chief Doug Hartsfield said “it was crazy last night.” Hartsfield added that as of this morning, Whitebluff VFD was still on scene. It is being reported that the fire has been contained and that no one was injured.

Tammy Teague
Tammy is the heart behind the brand. Her tenacity to curate authentic journalism, supported by a genuine heart is one her many wholesome qualities.
Share
Facebook
Twitter
Linkedin
Pinterest
WhatsApp
Latest news
Featured