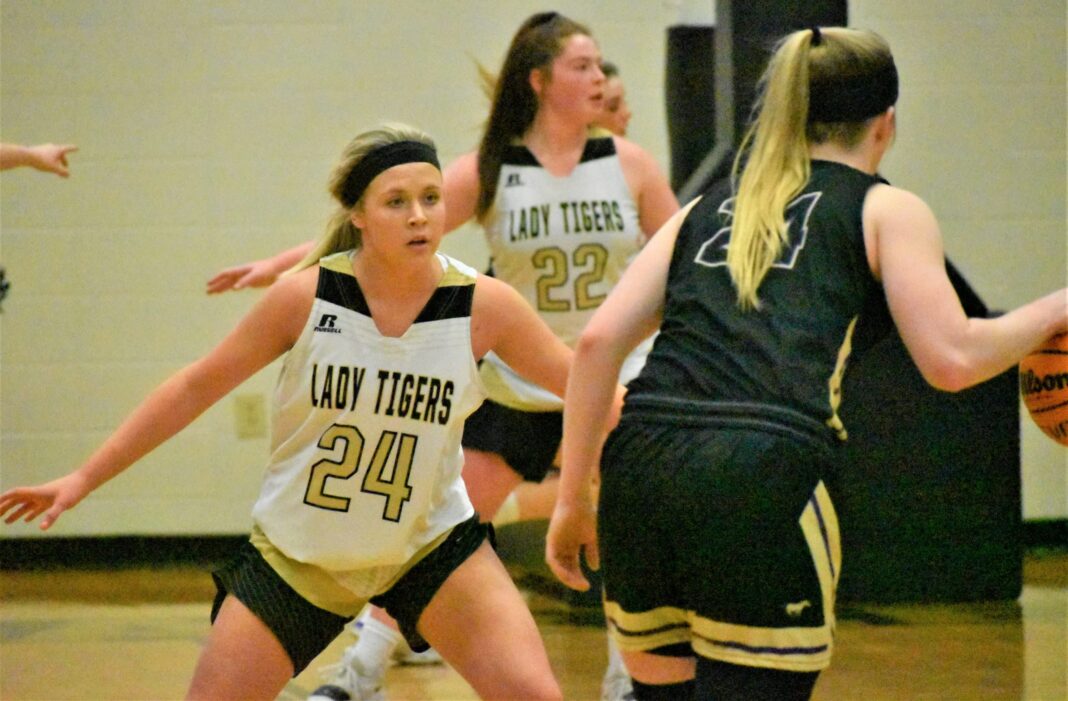 The Charleston community turned out in large numbers again to cheer their beloved Lady Tigers to a 55-54 quarterfinal win over Central Arkansas Christian. The win propels Charleston into the state semifinals on Saturday where they will have a rematch with Mountain View at 12 Noon for a trip to the finals in Hot Springs.

Charleston lost to Mountain View in the Waldron Regional last week. In perhaps the worst shooting night of their season, Mountain View defeated the Lady Tigers soundly. The regional loss throws gasoline on the fire of what already should be a titanic match-up of two of the best teams in the state. Add to the match-up what will be at stake for both teams, and you have the potential for an epic state playoff game.

Mountain View defeated Hoxie 60-41 on Thursday night to advance to the semifinals against Charleston. The Lady Jackets, according to Max Preps, are 26-5 overall and finished the regular season 11-1 in conference play. They are ranked as the number one team in Arkansas in Class 3A. Charleston is ranked 4th in Class 3A.

Last week’s match with Charleston and Mountain View was almost an exception; a game that was not typical of Charleston and cannot be used as a comparison to tomorrow’s game. Again, playing at home in front of their home fans, Charleston should play much better than thy did last week. I their first two state tournament games, the Lady Tigers has shot the ball better and have had good energy on both the offensive and defensive ends.

In other quarterfinal action today, the Dumas Bobcats defeated the Gosnell Pirates in the boys bracket by the score of 58-50. Dumas advances to the state semifinal tomorrow against Rivercrest at 1:30 p.m.

The remaining schedule for today’s quarterfinal games is:

For Charleston, today’s win is over, and the Lady Tigers will shift their focus to rest, rehydration, and mental preparation for one last push tomorrow against Mountain View. In a little less than 24 hours, the Lady Tigers have to be ready to play the game of their lives against a very good Mountain View team. And the same holds true for the Charleston fans. Get ready to show up tomorrow and fill Tiger Center for your Lady Tigers. Raise the roof tomorrow, and cheer the Lady Tigers on to Hot Springs!