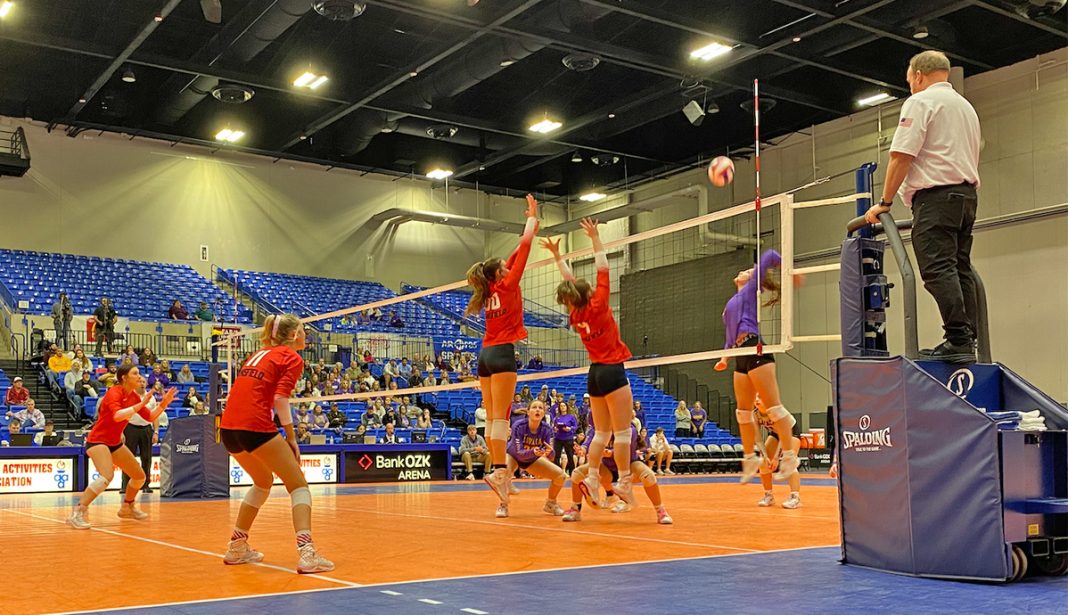 One championship on any level is an accomplishment. But, three in a row?

For the Mansfield Tigers it’s a reality as of today. Throughout the entire season, the State Championship in Hot Springs was the goal, and for the Senior Tigers, their last potential destination of their storied high school volleyball career.

Leading up to Saturday’s victory sets, the Tigers beat Magnet Cove, Quitman, and Thaden on their home court which hosted the 2A State Tournament.

Mansfield came out serving up aces, and delivering kill after kill on offense, supported by a whirlwind defense taking the first set 25-16.

Carrying that valuable momentum into the third set, the Tigers could feel it and so did the numerous fans and student section. The synced team progressed as did there their collective mindset giving them a 2-0 set lead position with 25-15.

Lavaca came out from the bench with a focus on making Mansfield earn it. As each team scored back and forth, with neither gaining notable favor over one another, it looked as if the third set were to be the opening door to the fourth set.

However, Mansfield had other plans.

Deep into the third set, and a momentum favoring Mansfield, their rotation lit up again with kills, aces and an empowering demeanor focused on a victory formation.

After a power drive of scoring, Mansfield took control and ended the third set, and the championship with a score of 25-16.

The goal, and destination has now been achieved. The Seniors created a tradition through determination, and a now leave a legacy.