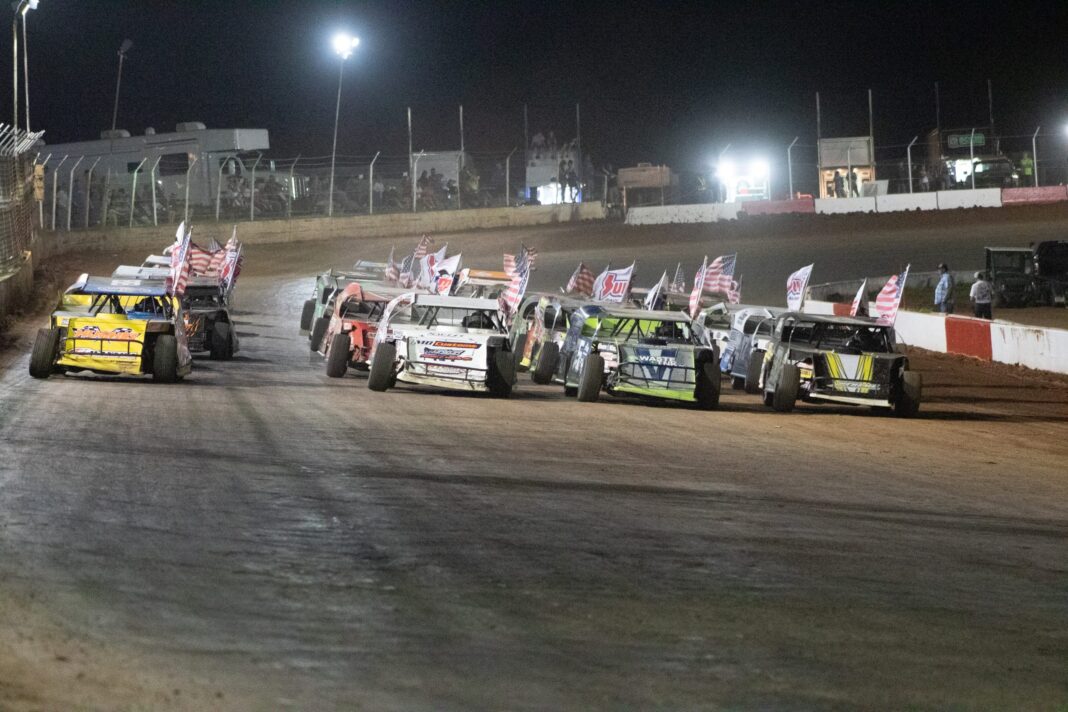 While the other tracks in the surrounding area like Outlaw and Thunderbird in Muskogee, OK, Salina Highbanks in Salina, OK and Crawford County Speedway in Cedarville, have been trying to operate around the spring rains, Tri-State Speedway in Pocola implemented a later start for their season. The scheduled car show and test and tune have fallen prey to Mother Nature. Tonight, Friday, April 30, starts the 2021 season at Tri-State.

In store for the first night of action is six classes of racing, starting with Hot Laps at 6:30 p.m. The next night will feature three of the classes from night one with another modified class.

According to their Facebook page, Tri-State saw 5.5″ of rain. Ahead of the weather, Owner Michael Hoover and the track prep crew put in long hours to ensure the prep post rain would not hamper the chances of getting the Friday and Saturday night races in. Weather is looking perfect with sun and highs in the mid to upper 70’s during the day to help dry the track and bring the “Black Ice” surface Tri-State has become synonymous with over the past two seasons. All races will be live streamed on RacinDirt.com

The race honors Cecil Harlin a long-time owner/promoter from the late 70’s into the 90’s. Harlin had a knack for keeping the track and the drivers on the airwaves, in print, and putting fans in the seats. Sadly Harlin would pass away in 2011 after a battle with Lou Gehrig’s Disease.

As fans make their way to the Speedway, just what cars will they see this weekend? While the three classes of modified look similar, there are certain rules and details on the bodywork that separate them. The non-normal USRA weekly classes at the Speedway are running area track rules.