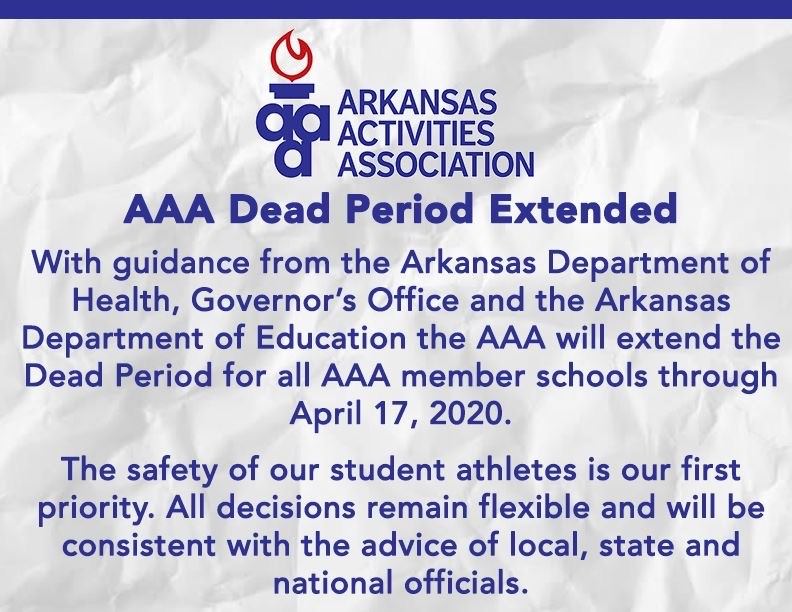 As a follow-up to an article published by Resident Press yesterday, the Arkansas Activities Association posted today on Facebook that the current dead period that had been enacted through March 30 has now been extended to April 17. April 17 is the same date for the closure of schools in Arkansas as ordered by the governor. The AAA’s dead period prohibits practices or competition in Arkansas high schools.

Resident Press will continue to follow this story as more information is released.