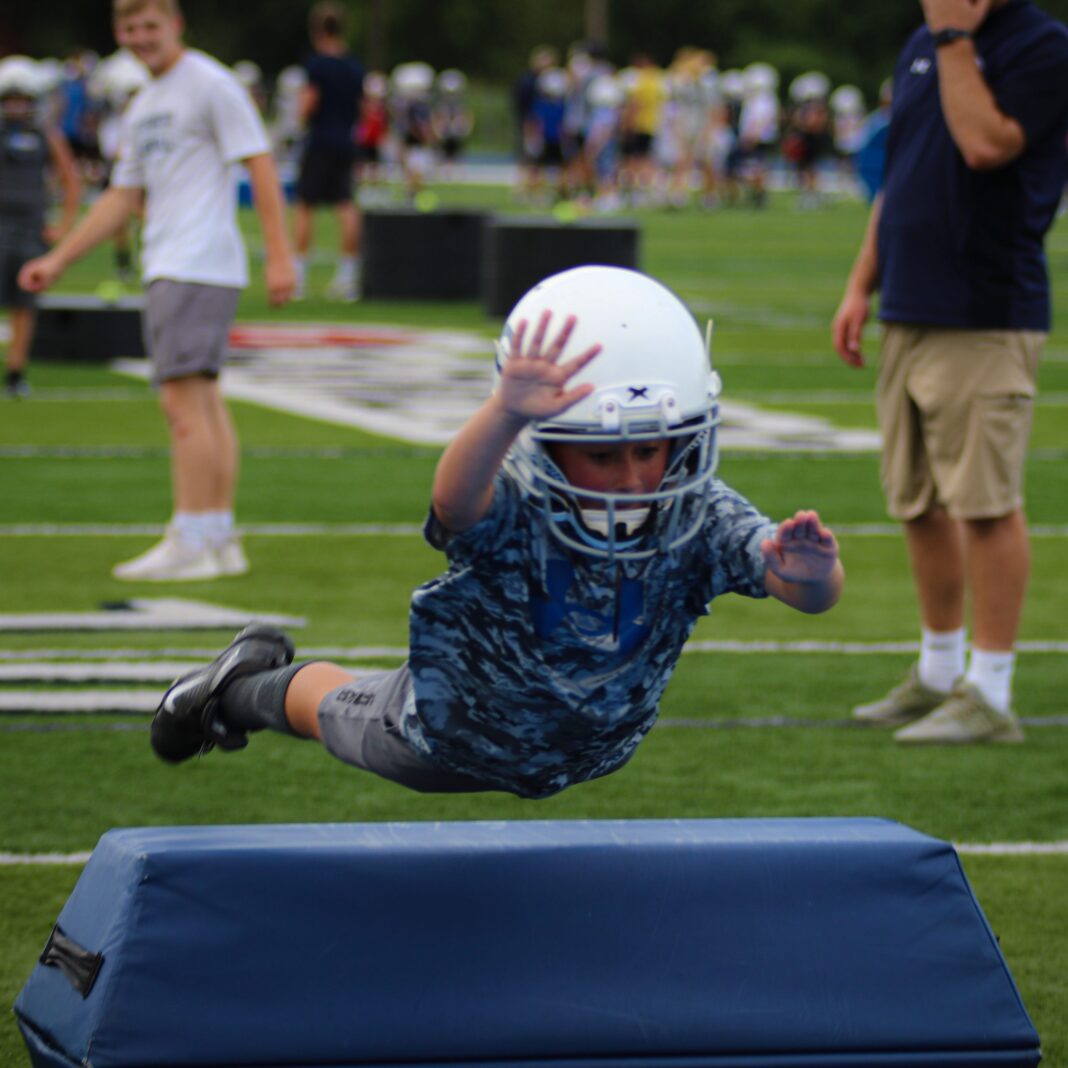 “ONE KNEE TWO EYES!!!!” is exclaimed as the group of upcoming 3rd grade through 6th Grade Pittbulls gather on the “G” at Smith-Robinson Stadium. Although it is not the Coaches saying it, it is the little voices. “AHH! You guys have been to FASDOGS!!!” Greenwood High School Head Coach Chris Young replies to the faces staring back at him.

PAD Camp is a pilgrimage of sorts for the youth in South Sebastian County, with area youth football teams sending players to get a glimpse of what makes Greenwood Football tick. Where else do you get to be taught the foundation of Greenwood Football? This is it. Coupled with the previously mentioned FASDOGS it has become the Pittbull Days of Summer.

This years camp was a return to normalcy for many, an abbreviated season last year has left several teams hungry for more coming into this season. Later this week we will have a history, current state, and future look at the Pittbulls organization and arguably the toughest league top to bottom in the Bi-State League.

The young athletes get to go through several drills that the high school uses for their practices. This is also the time the youth coaches get to evaluate the incoming athletes for their draft to be held a few days later. For some of the kids, this is their first time putting on the synonymous white helmet, some with G’s on them, still shiny white out of the box. The “veterans” of the Pittbulls carry battle scars and pride stickers. Familiar faces roam about evaluating different drills, former Varsity Coaches Nathan Staton, Daniel Lunney, and Josh Nation keep a keen eye on the activities. Last names intertwined in Greenwood sports history like Canada, Meeker, Burton, and Golden are called out throughout the drills.

With the heat index being in the 100’s the usual crack of the pads was muted as they were not in full pads. But that time is coming.

After the PAD Camp, the best part is the Coaches Clinic put on by the High School Coaches. Night one consists of Head Coach Chris Young going over Pittbull Coaching philosophies and then going over offensive positions with the Varsity position coaches. Night two they go over Defense. Several things are covered in the one-hour session, proper stance, proper footwork, and drills to go through with your athletes. Something that sets the Pittbulls apart from other youth organizations is the tie-in with the High School. The reasoning is after 6th grade the athletes go into the School system, they are wanting kids that had fun in football and are prepared to hit the field in 7th grade as Bulldogs.

The upcoming season is approaching fast, and these youth athletes are carrying on the High School program’s mantra of “Never Satisfied”