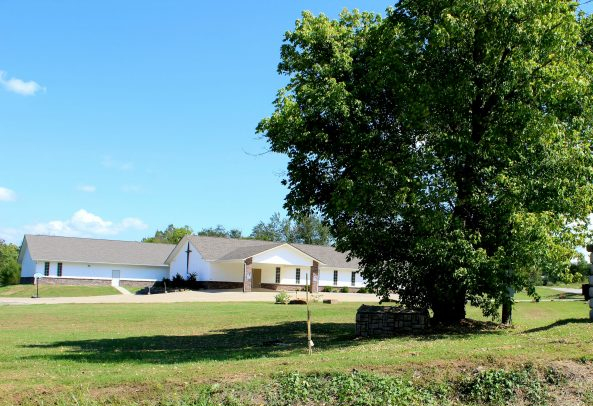 Four years ago I shared a devotional on my timeline. It was based on scripture found in Job, chapter 14.

I had no clue that on this very day in January 2022, I would feast on those words. As most of you know, I lost my dad on December 15, 2021. I’m not going to lie, it has been the most difficult and trying time of my life. My dad was an amazing man. I know he is with Jesus and that gets me and my family through the difficult times. Times when the hurt seems so bad you feel as if you cannot go on.

The devotional’s passage of scripture has been very helpful to me during this very dark time. If anyone knew difficulties and trials it was Job.

If you are familiar with Job in the Bible, you know he was a man the scripture describes as “perfect and upright, and one that feared God, and eschewed evil.” Job’s words shed great light on how fleeting this life really is. Not only is man not permanent – but his life is also filled with trouble. Job was certainly experiencing both of these realities.

Notice the metaphors that Job uses to portray the brevity of mankind’s lifespan. Job speaks of a flower. And it’s the kind of flower that springs up quickly. And then – whether it’s cut down or it just withers – it’s gone just as quickly as it appeared.

And then, Job speaks of life being like a shadow – something so temporary. Once the light changes its angle or when the object casting the shadow moves – it’s gone. No more shadow. Just like that. And Job is saying that life for humans is like this, temporary, and troubled.

Verse 5, states that God has determined the length of everyone’s life. God knows how long each man will live. It is a boundary of time to which no man can pass. So, God determines our days – how long we live. That’s all in God’s hands. And that time is ultimately so short. So short, in fact, that Job urges God to basically just leave suffering mankind alone until their short life – over which God has complete control – is finished.

So we know and understand that every man has an appointment with death. But is that it? Is it where a question mark or period goes in this story? No, my friend…let me assure you this is not the end. In fact, I feel so strongly an exclamation point belongs there!

In Verse 14, Job continues and he states that there is hope for a dead tree:

The introduction of water is the game changer! That is where Job is going with the tree discussion – in contrast to the dead tree – a man who dies has no hope of coming back to life in his same old body. The old tree just comes back to life with its same form – but it doesn’t work that way for man.

Verse 10: But man dieth, and wasteth away: yea, man giveth up the ghost, and where is he? If all you have to go on in this life is what the eye can see, then that last question that Job asks is where you’re left. When your loved one’s body ceases to function, where is he? Obviously, I cannot tell you beyond what the scripture states about being absent from the body.

Preparing for death, which we know is assured, means we are prepared to live! Jesus is that life, and in Him we can be assured of an eternal home.

Tammy Teague
Tammy is the heart behind the brand. Her tenacity to curate authentic journalism, supported by a genuine heart is one her many wholesome qualities.
Share
Facebook
Twitter
Linkedin
Pinterest
WhatsApp
Latest news
Lifestyle