Effects of Deer Disease Being Studied 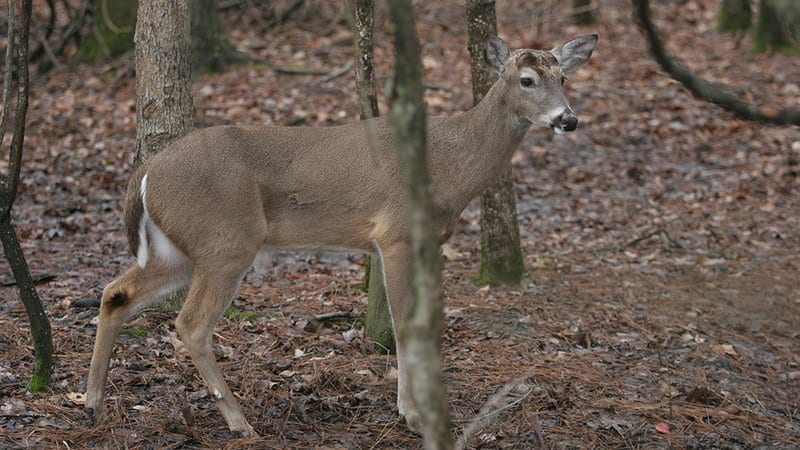 A team researching chronic wasting disease in white-tailed deer in the heart of the area where it is most prevalent in Arkansas will begin capturing and monitoring deer in January.

Most people won’t notice research is occurring, although others may run across activity or structures that aren’t familiar, especially in Newton and Searcy counties. The purpose of the study is to obtain a better understanding of how deer afflicted with CWD move across the landscape, survive and reproduce, according to Dr. Jenn Ballard, state wildlife veterinarian with the Arkansas Game and Fish Commission.

The team will capture deer, test them for CWD, put collars on them and track their movements. When deer die, necropsies will determine the cause of death.

“By understanding the way CWD changes survival and reproduction, we can calculate the effect the disease is having and will have on our population dynamics,” Ballard said. “We’ll be able to use this information to inform future disease management efforts.”

People in the area may see helicopters and traps set during the next few years, as well as deer with collars and ear tags. A phone number on the tags will allow hunters who harvest one of the deer to call to find out when the animal was sedated. Deer that have been injected with drugs should not be consumed if they were harvested within 14 days of sedation. If a hunter harvests an animal within that time, a replacement deer tag will be issued.

The AGFC is working with several partners on the five-year project, including the University of Georgia-Athens, Southeast Cooperative Wildlife Disease Study, Colorado State University, the National Park Service and the U.S. Forest Service. Much more about the study will appear on AGFC social media pages and on agfc.com as the research progresses.

Since the first case of CWD was confirmed in Arkansas in early 2016, 1,090 deer and 30 elk have tested positive for the disease. The AGFC encourages everyone to report deer and elk that show signs of the disease by calling 800-482-9262 or emailing [email protected].

“That email address is used for all wildlife disease reports in Arkansas, so it’s a good one to have saved to your phone just in case,” Ballard said.

CWD is a fatal neurological disease that affects cervids – animals in the deer and elk family. It was discovered among mule deer in Colorado in 1967 and has spread to 26 states, plus Canada, South Korea, Finland and Norway. The disease progresses slowly until animals begin to show signs of weakness, excessive thirst, drooling and listlessness. Visit agfc.com/cwd for details.