Timepiece: Knights of the Golden Circle 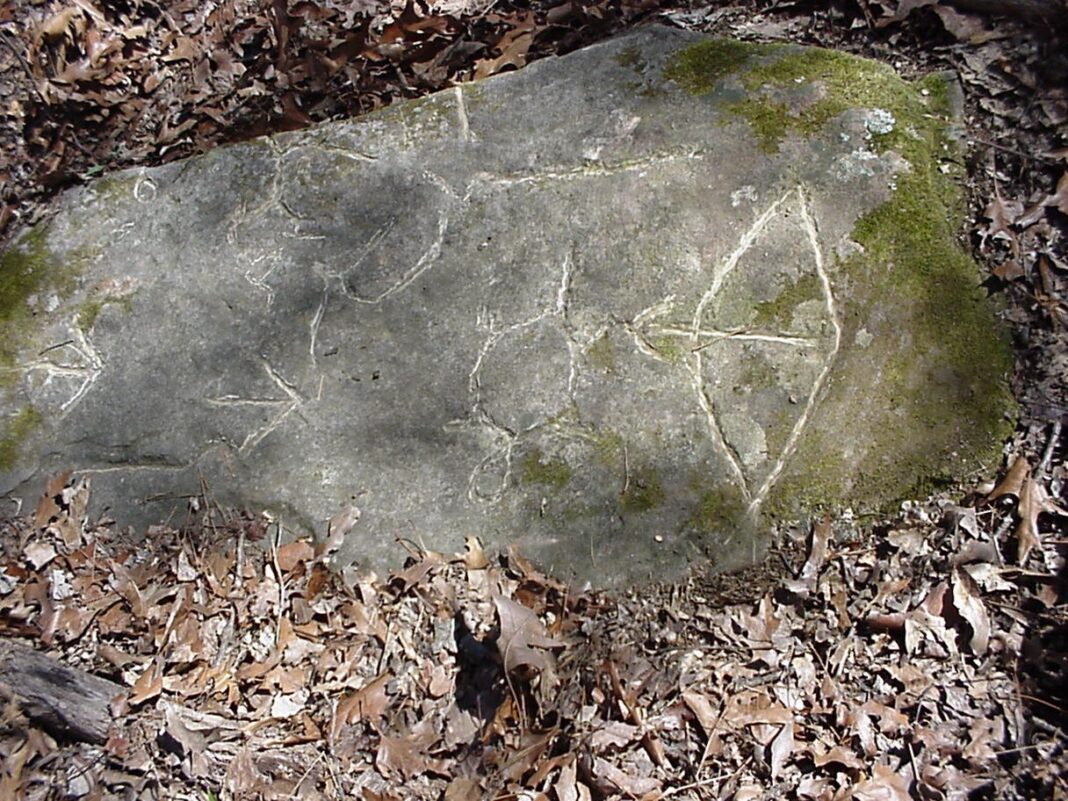 Climbing nearly vertically up the cave wall, I could see my two companions waiting eagerly to hear what I had discovered.  I had descended some twenty foot down the wall and then journeyed two-hundred foot west thru the cave to a point directly beneath a formation known locally as Chimney rock.  For years, people had observed steam like clouds emitting from the deep fracture on the east end of Rich Mountain.  Located a short distance away, three symbol covered rocks led many to belief that gold had been buried in the area by the Knights of the Golden Circle (KGC).  James “Bear” Tucker and Randy Trusty were convinced we had found the location.

Shaking my head, I explained that the cave did lead directly beneath the Chimney but there was nothing there but a few bats and scattered rock.

“Empty your pockets!”  I thought they were joking but seeing the serious look on their faces and looking at the size of both men, I decided to comply.  People take the notion of hidden gold seriously!

The plausibility of gold being hidden in the Ouachita’s by the KGC is actually pretty high.  In fact, there is a documented case and accompanying T.V. program about a KGC gold discovery at Mena.

The K.G.C. were a secretive organization formed in 1854 to establish a slaveholding empire from the South as well as Cuba and Central America. Similar to the Freemasons, they established chapters all across the South and attracted as many as 16,000 followers.  Known members included Vice-president John Breckenridge, Albert Pike, John W. Booth and Generals John Marmaduke and Joseph Shelby. Active during the Civil War, the K.G.C. were supposedly involved in the Lincoln assassination. When it became evident that their goals could not be meet through war, they determined to take their funds and other Confederate gold and hide it away for future use.  This money was to be secreted away and hid and protected until needed by members known as the “home guard.”  Some of the members, Jessie and Frank James, the Younger brothers, the Cole family, and other men of such ilk were to collect additional funds.

Many of the men are associated with the River Valley.  Albert Pike, one of the founders, lived and taught in Sebastian County and had property in Mena. General Shelby traveled often through Yell and Logan county and was close friends of the Titsworth family of Roseville.  The James gang operated in the area and knew all the hideouts.

The K.G.C. had an elaborate set of rituals, codes, signs, and passwords that could only be interpreted by other members.  When the supposed gold was hidden, a “home guard” member and his decedents were responsible for hiding the money and marking the area where it could be located in future years.  In Warren Getler’s book, Rebel Gold, these symbols are examined and explained.  Reading through the book, I was amazed to discover that many of the symbols were exactly the same as those found on the boulders on Rich Mountain.  In talking the state archeologist, I found that his examination and explanation for the symbols of Rich Mountain fit the mid-1800’s timeframe for the K.G.C. Hopeful wishing? Coincidence? Fantasy?  I don’t know but my friends and others are convinced the gold is there somewhere, just waiting to be discovered.  One thing I know for sure, it is not in Chimney Rock!

The absence of gold bothered me none at all.  Like everyone else, it would be exciting but the joy is in exploring our history.  Even though people continually search for riches, the River Valley’s true treasure is not the things that can be bought and sold.  Our true treasure is our people, our culture, and the mountains and valleys in which we exist.