Waldron Track Team – a Force to be Reckoned With 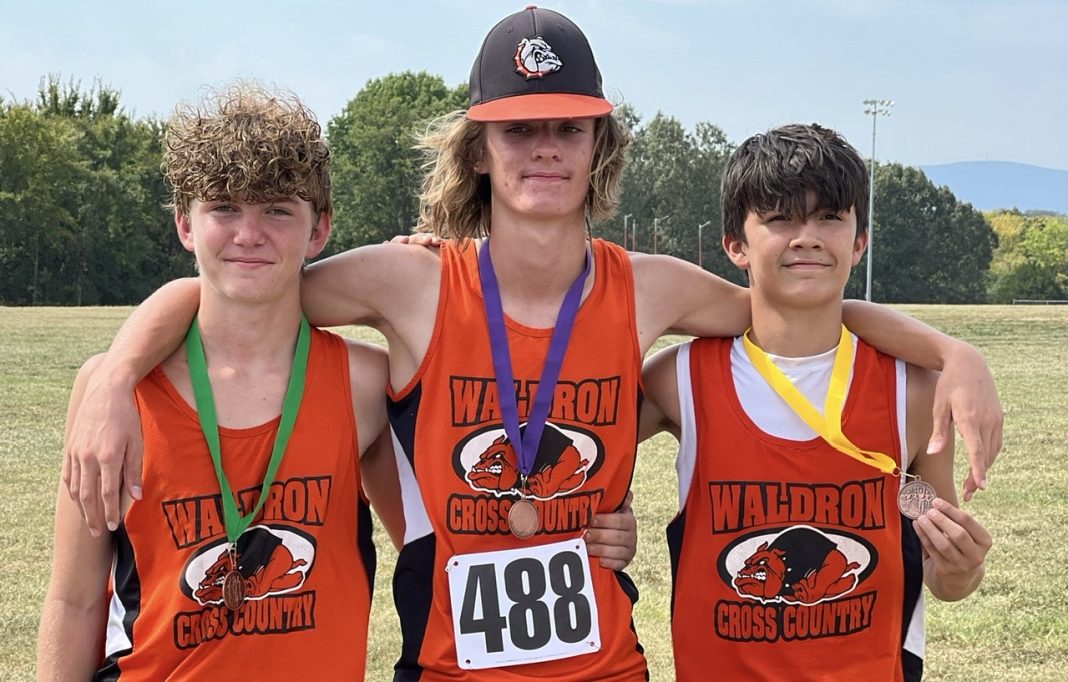 Mansfield hosted the Today’s Bank invitational Saturday, September 24.
Even though Waldron has a new classification and has moved to 4A, the cross country team is still proving to be a force to be reckoned with.
Senior high boys came in 4th behind Bentonville West, Fort Smith Northside and Fort Smith Southside which are all bigger classifications. Kason Moudy was the only medalist coming in 13th but Landon Defoor came in 18th, Cole Bailey came in 27th, Julio Grano came in 28th and Billy Garrison 35th to round out the top 5 from Waldron.
“Three of our top five are sophomores. The fact we are competing against bigger schools only helps us for when we get to State in November. This is Senior Kason Moudy’s 1st year to run cross country and he’s our #1 right now. He should break 19:00 soon which is a great time for a first year runner.”
Senior high girls are rebuilding after a couple of years out for the State Championship team who are all graduated. Kynlyn Frayer was the teams’s #1 on Saturday with a 26th place finish. Ailey Ledesma was 31st, Erika Gabel 35th, Lexee Kesterson 49th and Haylee Thomas 51st rounding out the top 5 for Waldron.
Junior high boys came in 3rd behind Bentonville West and Greenwood junior high. Three boys received medals. Jonny Williams came in 4th and Eli Connelly came in a close 5th and Dakoda Weaver came in 7th. Julian Shaddon was 23rd and finishing off the top 5 was Pete Williams in 30th.
“The top 3 medalists are all 9th graders so it’ll be interesting to see what they can do in a 5K since they could potentially move up for state.”
Waldron junior high girls came in 2nd behind Greenwood. All the competition they were up against did nothing to hamper their determination.
There were 3 medalists. Emily Defoor came in 3rd overall, Haley Mitts came in 5th and Madison Johnson came in 15th. Connie Grano came in 20th and Kimber Carnahan finished out Waldron’s top 5 coming in 23rd.
“This group has a lot of potential. There hasn’t been a group like this since the State championship team of 2019. I’m excited to see where they can go in a couple of years!”