Lady Hornets Are Taking Cheer All The Way To The Top 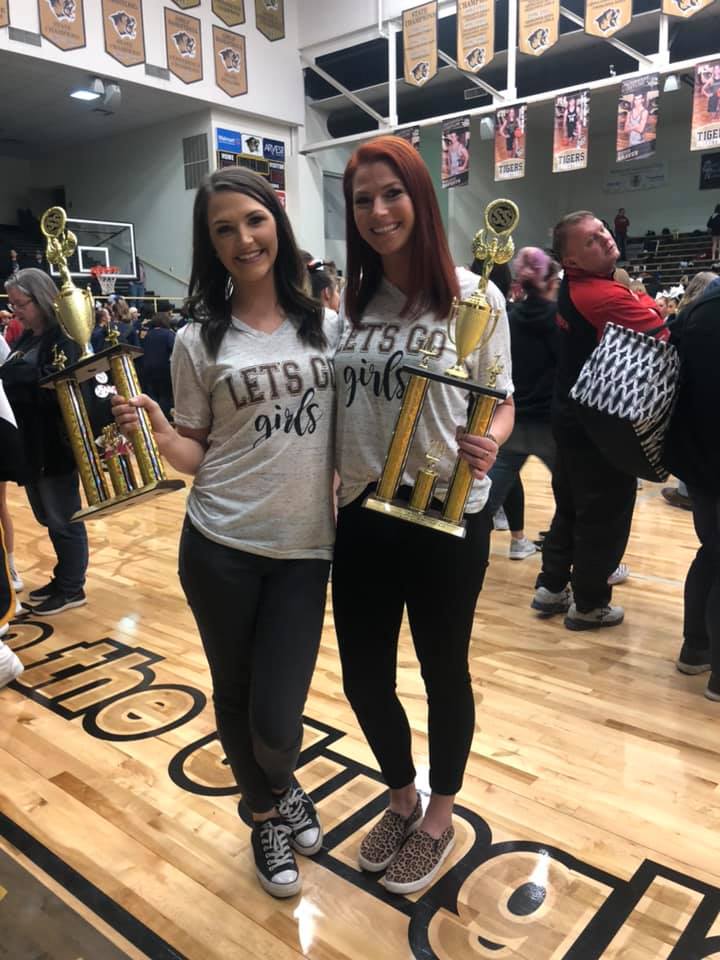 The Hackett Hornet Cheerleaders continue to improve with every competition that passes. One example is that they’re scoring 20 points higher than they were at the beginning of the tournament season. “On November 16, Hackett placed 3rd at Hot Springs with the team that placed first having won State in our division for the last two years,” explained Coach Courtney Sangster. “The team that placed 2nd has made it to finals the last 2-3 years. To even be close to teams like that our first year makes me so proud!”

On December 14, the Lady Hornets brought home TWO first place trophies at the Bentonville Invitational. The girls had to perform their cheer in prelims, then the whole routine in the finals. This set up is to help teams prep for State. Hackett won 1st in prelims and 1st in finals.

Next, they’ll head to Hot Springs for State on December 21 with plans on continuing their Hornet takeover. At State, Hackett will have to perform all three components of their routine (cheer, fight song, and band dance) individually. Based on those scores, the top teams will move onto the finals where they’ll perform their routines as a whole. There are 24 teams in the 1-3A Game Day Division this year so the bar is definitely set high.

“Coach Katey and I are so excited for state. We could not be any prouder. These girls have worked so hard this competition season. They have fought to prove that cheer IS a sport and they are a force to be reckoned with. We are looking forward to State and the future of the Hackett Hornet cheer squads!”